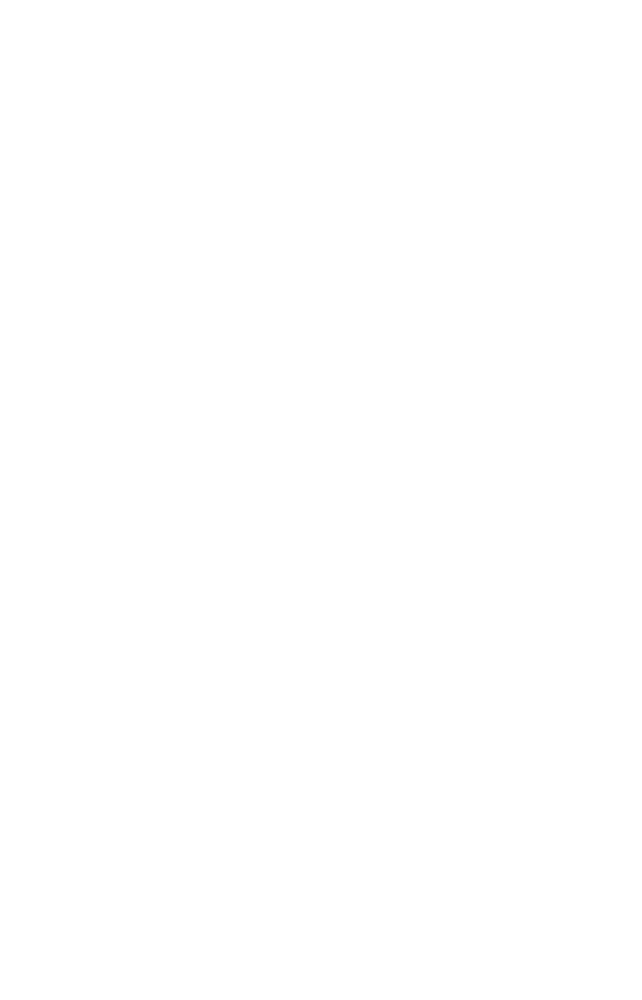 Splendors of the Han, rise of the celestial empire at the Guimet museum

Monday 12 January 2015: visit-conference Splendors of the Han, rise of the celestial empire at the Guimet Museum by Sylvie Ahmadian.

Organized on the occasion of the fiftieth anniversary of Franco-Chinese relations, this remarkable exhibition brings together rare works from twenty-seven Chinese museums and institutes.
The Han dynasty ruled China from 206 BC. JC to 220 AD JC It is divided into Western Han (or anterior Han), 206 BC. JC - 9 apr. JC, capital Chang'an (current Xian) and the Eastern Han (or later Han) 25-220 AD. JC, capital Luoyang, with the short interregnum of Wang Mang of the Xin dynasty, 9-23 AD. JC
The rulers of the Han Dynasty found the foundations of an empire unified by the first emperor Qin Shi Huangdi (221-207 BC) and for nearly four centuries, they will strengthen and expand a territory from the confines of Central Asia in northern Vietnam, based on a hierarchical administration, an agricultural economy and a diplomacy that favors alliances and trade, particularly through the Silk Road.
Of the two capitals built of wood and bricks nothing remains except foundations and some stamped tiles or architectural elements. Chang'an established as capital by Liu Bang, Emperor Gaozu (202-195 BC) and completed under Wudi (141-87 BC) covered 3 600 hectares. Two large arteries intersecting perpendicularly divided the city into four parts. The city housed about 240 000 inhabitants.

Following the model of the first emperor, the Han empire is based around the figure of the sovereign, pivot of the imperial system. The imperial tomb is, like the palace, a symbol of power. Emperor Jingdi's tomb of Yanglin (157-141 BC), the only one to have been excavated, has a central tumulus surrounded by 81 pits of accompaniment where funerary figurines have been found (mingqi) molded and painted terracotta (figures, soldiers, domestic animals), ceramic jars and vases, cauldrons, lamps and measures as well as weapons, all in different metals (iron, bronze, copper). The statuettes tell us about the organization and the costumes worn at the court. Men and women wore three layered clothes (shirt, crossover dress and a straight-necked coat with long, loose sleeves). A miniature army features bare terracotta soldiers and horsemen whose removable wooden arms have disappeared and were originally clothed. For the first time we see representations of eunuchs, servants from the people, dedicated to all kinds of domestic tasks. The large quantity of terracotta animals (dogs, horses, mules, pigs, sheep, oxen, roosters and chickens) testifies to the prosperity of the rural economy.
The accompanying graves of Yangjiawan (north-east of Xianyang) tombs belonging to senior military leaders contained 1 800 infantryman and 583 troopers as well as 1 000 painted terracotta shields.
To establish his power, the emperor awarded ten kingdoms to members of the imperial family. Placed under the direct control of the emperor, they governed according to the model of the imperial administration and their wealth came from the collection of taxes. Their power was such that they ended up destabilizing the state during the rebellion of the seven kingdoms in 154 BC. JC to which the emperor Jingdi ended by splitting them and creating more commanderies. The tombs of these kings or members of the imperial family have delivered exceptional objects testifying to the splendor of the princely courts. The tomb of Liu Sheng (154-113 BC), King Jing of Zhongshan has delivered real artistic treasures. The incense burner (boshanlu) inlaid with gold, evoking the islands standing on the water, the dwellings of the Taoist immortals, testifies to the emergence of Taoism and its quest for immortality. Two vase hu demonstrate the virtuosity of Han bronziers: one, in gilded bronze is inlaid with glass plates imitating jade and adorned with silver beads, while the second, in bronze, is covered with a stylized decoration of coiled dragons and golden swirling clouds as the collar patterns play with silver and gold. Two weights used to hold the mats on which we sat, from the tomb of Dou Wan, represent two leopards. The body enhanced with gold and silver and the eyes set with agates underline the naturalistic effect and the elegant power of the animals.

Jade, considered as a noble material, constitutes the element of adornment of the aristocrats and its protective function culminates under the Han. Pendants, rings, jade staples were found in several princely tombs. The dragon-shaped jade pendant from the tomb of Liu Wu (174-154 BC), king of Chu, presents a remarkable work of the material as well as the bi-shaped pendant from the tomb of Liu Cheng, Mu king of Zhongshan (141-174 AD). Jade, since antiquity, was used to seal the nine holes of the body to maintain the last breaths but the jade suit sewn with gold son of Liu Wu reflects the sumptuousness of the princely burials and the will of preserve physical integrity. It consists of 4 248 Khotan jade plates bound by gold wires of a total weight 1 576 grams. These costumes were the prerogative of the emperor and princes, the aristocracy being entitled only to a mask like that of Liu Kuan (97-87 BC), king of Jibei, but degraded and sentenced to suicide .

Agriculture was the foundation of the economy and the state under the Han. This importance is the result of a combination of technical, economic and diplomatic factors. The quality of iron tools is improving, the use of the plow and cattle traction is spreading widely. The opening and the development of new lands organized directly by the central power moved towards the north, while enlarging them, the borders of the Chinese agricultural economy. Paradoxically, the state control of agriculture leads to the enrichment of large families and their triumph in the Eastern Han.
Created under the Warring States, the sapeques, round bronze coins and pierced with a square hole are part of the unification of the monetary system programmed by Qin Shi Huangdi but generalized under the Han. Apart from the sapeques, another monetary system reserved for the aristocracy used coins Jinbing"Golden cakes", often granted by the emperor as a means of gratification or used as valuable gifts. The kingdom of Dian, now Yunnan, continued to use cowrie shells under the Western Han, as evidenced by this bronze vessel from Lijiashan, evoking a drum and topped with oxen, symbols of wealth.
The imperial strategy, alternating conciliations and offensives, aims to contain its neighbors far from its borders. In particular, the Xiongnu populations in the northwest have always been a threat and the Great Wall remains at the heart of the imperial defensive system. General Zhang Qian's expedition from 139 to 123 av. JC, aiming to create an alliance with the Yuezhi was a failure but opened China to Western countries with which trade relations were instituted. The importation of Ferghana horses started under Wudi favored the Chinese army. These "celestial horses" were larger and swifter than Chinese horses of Mongolian origin. General Zhang's grave in Leitai delivered a bronze guard of honor with teams and horses, demonstrating the importance of horses in military enterprises in border areas. The creation of the new Gansu commanderies connects the empire with transcontinental trade routes. The figure of the soldier-farmer is of primary importance, in contact with the local populations of breeders, he is an essential link in the economic, military but also artistic or sartorial exchanges. If the Chinese used the bow since antiquity for ceremonies, competitions, hunting or war, the crossbow allowed jets of greater reach and greater efficiency.

The Silk Road allowed for many exchanges of raw materials, finished objects, techniques but also ideas (introduction of Buddhism in the Eastern Han) in both directions. Thus, objects on the Han sites can be found, such as belt buckles influenced by the steppe animal art, containers from Western Asia, and fabrics from Central Asia. The peculiarity of a piece of wool tapestry depicting a knight of the Hellenic type lies in its weaving pattern, similar to the stitching, which will influence the technique of silk tapestry (Disconnect) during the following centuries. Another piece of batik-dyed cotton cloth depicts a female bodhisattva holding a cornucopia, a motif borrowed from the Buddhist art of Gandhara.
Unified Chinese writing played a leading role in the transmission of ideas. Under the Han, scholars do an important work of reconstruction, synthesis and interpretation of classical texts. The canonization of Confucianism is manifested in the Eastern Han by engraving the text of the Six Classics on steles erected in 175 in the capital Luoyang. At the same time, the texts circulated on slats of bamboo or wood, but also on silk and especially paper, which appeared as early as the 2nd century BC. JC and who would win gradually. Thus, the paper, the ink, the ink stone and the brush will be part of the treasure of the literati. If Confucianism was the official way of thinking, Taoist thought was also important.
For the Chinese of the Han period, the soul is made up of two elements: the soul hun aspires to heaven while the soul po To the earth. The soul remembrance ritual resorted to the use of a banner depicting the sun and the moon. The celestial regions were considered to be the dwelling place of the immortals associated with the legendary Penglai Island to the east, while Mount Kunlun in the west is inseparable from the Queen Mother of the West (Xiwangmu), deity. linked to the quest for immortality. A small bronze immortal figure found in Chang'an illustrates the interest of palace members in the divinatory, medical and magical arts. A gilded bronze disc, which probably adorned a coffin, appealed to the Taoist rhetoric depicting the gateway to heaven, the nine-tailed fox, Xiwuangmu's green messenger bird sitting in the center.

Archeology has made it possible to give access to the different aspects of everyday life as well as to the intimate domain. The living environment is evoked by painted terracotta models such as the five-level granary model that gives a luxury of architectural details.
Originally reserved for ritual ceremonies, the bronze mirror is gradually adopted in everyday life but remains charged with a strong symbolic. It is usually equipped with a hemispherical button surrounded by concentric registers where poetic or auspicious texts can appear.
The life of the princely courts was punctuated by banquets, games and concerts accompanied by dances. The tomb of the Marquise de Dai in Mawangdui revealed a remarkable collection of various textiles and lacquered wooden objects. A lacquered wooden box contained seven ear cups Erbei of the same material. These cups were intended for the consumption of alcohol, the lacquer protecting against humidity, heat and corrosion. In the typical Han style contrasting black and red, the external walls are lacquered in black enhanced with a decoration of red volutes while the interior, lacquered in red, is adorned in black with the inscription "Maisonnée du marquis de Dai ”. Of mingqi found in the tombs show agricultural implements and traditional furnishings from the estates, such as a green-glazed earthenware stove or a similar funnel. The games also appear in the everyday objects stored in the tombs: dice, tokens or vases with arrows. Four bronze figurines of chess players serving as weight to weight a mat realistically illustrate the attitudes and expressions of ordinary people. Of them mingqi in painted wood show two players of liubovery popular game under the Han.
Miniature orchestras, dancers, jugglers, acrobats or "clowns" are also part of the funeral furniture and give a clear idea of ​​these entertainments. A lacquered wooden zither found in a tomb of Mawangdui is probably the oldest string instrument, demonstrating the importance of this instrument, often associated with the lute, in the lives of princes and scholars. The bronze or sound stone chimes were used in ritual ceremonies but also in court music and were a symbol of power and authority. 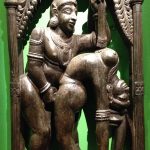 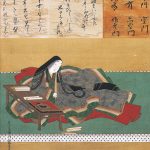 Paintings related to the Tale of Genji in the seventeenth centuryConference proceedings, JAPAN