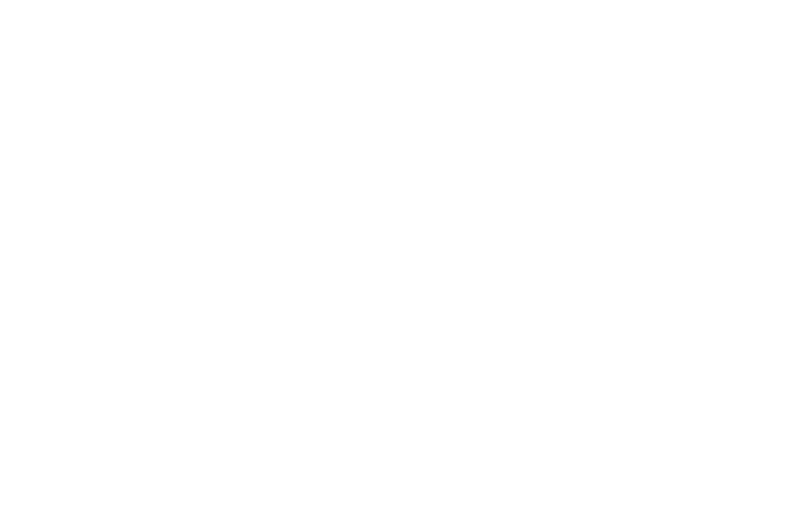 The program developed by Mael Bellec, Curator at the Cernuschi Museum, and Jacqueline Berthelot-Blanchet allowed the friends to discover the different facets of Sichuan, the land of the four rivers.

Upon arrival in Chengdu, the visit of the Taoist Qinyang Gong (bronze goats) temple and the Wenshu Buddhist temple plunged us into an atmosphere of popular fervor. The rich collections of the Sichuan Provincial Museum allowed us to familiarize ourselves with the history of Chinese art thanks to the comments of Mael Bellec, who also enjoyed an exhibition of reproductions of paintings from the Dunhuang caves at the Museum of 'Sichuan University to give us an update on Buddhism in China. The Provincial Museum also houses a set of rooms where works by the great painter and calligrapher Zhang Daqian (1898-1983) are exhibited.

The famous poet Du Fu was mentioned in his temple where the cottage he had built during his stay in Chengdu was restored.
The visit to the site of Jinsha and its museum amazed us with the wealth of objects found. This region, from the Neolithic to the Warring States (421-221), seems to have developed an original civilization while having had contacts with the kingdoms of the central plain. The city, surrounded by earthen ramparts, was as important as Anyang (1300-1050 BC), capital of the Shang. This culture is distinguished by the burial of cult objects such as bronzes, jades, lacquers and a large amount of elephant tusks in pits.

The presence of many gold leaves worked to be plated on different media is unique for this period.
The discovery of this ancient kingdom continued at the Sanxingdui museum with in particular bronze masks, some of which are very large, had been exhibited, at the initiative of the Cernuschi museum, at the Town Hall in 2003, under the title “the enigma of the bronze man”, together with the large bronze tree and a mysterious figure, also in bronze, on a pedestal. It seems that the site of Sanxingdui (1800-1250 BC) experienced remarkable growth. Then, perhaps following flooding, it was the Jinsha site which took over but which also experienced a period of decline until its annexation by the Qins in 221 BC. JC In the absence of writings, it is very difficult to know what were the rituals implemented and the reason for these masks or these bronze heads.

The trip then took us to Mount Emei, one of the four sacred mountains of Buddhism in China. On the road leading to what is actually a mountainous massif dotted with numerous temples, we visited the Sansusi temple rebuilt at 18rd s. to honor Su Xun and his two sons, Su Shi and Su Zhe, famous poets during the Northern Song Dynasty (960-1127). Another temple, the Wanniansi (Ten Thousand Years temple), built under the Ming (1368-1644), was restored in 1953. Its particular architecture evokes the temple of Bodh-Gayā in India (or a Mongolian yurt): from square plan, it is surmounted by a roof adorned with five Tibetan-style stupas. The inner hall, covered with a dome, houses a statue of Puxian (bodhisattva Samantabhadra) from the 11rd s., high of more than 8 meters and weighing 62 tons. The bodhisattva sits on a lotus on the back of an elephant with six tusks, which is his mount.

Leshan is famous for its large seated Buddha, carved into the cliff that overlooks the Min River. A monk, Haitong, finding that there were too many shipwrecks due to the eddies of the river, wanted to put the place under the protection of Buddha Maitreya. Carved on his initiative from 713, it was not completed until 803, under the Tang (618-907). This colossal buddha is 71 meters high and 28 meters wide at the shoulders (it is the tallest buddha in the world). A temple, the Dafosi, located at the top of the hill and close to the head of the great buddha, is dedicated to Maitreya.

Not far from there, a Tang period pagoda has been restored many times. Located in the same area, a set of Han tombs (206 BC - 220 AD) has the distinction of having been dug in the rock. A small carved Buddha over a passage would be one of the oldest manifestations of Buddhism in China.

Strolling in the local markets and in the town of Luocheng, whose houses have preserved the Ming and Qing styles, allowed to observe the daily life of the local population. The friends also had the opportunity to taste the maotai (sorghum-based alcohol and wheat grading more than 50 °), during the visit of an artisanal distillery.
In the city of Zigong we had the opportunity to visit the salt museum which traces the history of this commodity since the time of the Eastern Han (25-220). Since the salt was in underground brine sheets, the Han dug wells to extract and harvest it by evaporation. Over the centuries, the wells have been deeper and deeper and that of Sheng Hai, dug in 1835, reached the record of 1 m. In addition to brine, it produces natural gas which is recovered to heat the tanks and thus accelerate evaporation. Salt has always been an essential commodity for the economy of Imperial China, which levied more or less significant taxes depending on the period.
Close to Anyue, the Bamiao site is adorned with many reliefs and Buddhist caves ranging from Tang (618-907) to the Five Dynasties (907-979) period. The most remarkable is a great relief of Parinirvana (the Śākyamuni Buddha lying on his side, surrounded by his disciples, leaving this world to join the nirvana-paradise). In this composition, which measures 23 meters long on 5 high, one can admire the statue of a complete lying buddha, the largest one known. About fifteen carved caves and numerous inscriptions make it possible to study the texts of the sutras.

Not far from there, the Mumensi Temple houses an amazing stone construction imitating a wooden structure from the Ming period. It contains a stupa and would have been built on the tomb of a monk at 15rd s.

The Pilu Dong caves are famous for the quality of their Buddhist reliefs dating from the Northern Song period (960-1127). More than 465 statues and 14 stelae carved in the rock illustrate a version of esoteric Buddhism (Vajrayāna). This set would have been made on the initiative of the monk Liu Benzun (852-907). According to tradition, Liu Benzun would have led an ascetic life made up of privations consisting in seeking a liberation of the spirit by the mortification of the senses. Liu Benzun can be seen performing "the ten acts of mutilation" around Buddha Vairocana in cave No. 8 dating from the 12rd-13rd centuries. Cave No. 19 houses a remarkable statue of Guanyin (bodhisattva Avalokiteśvara) "with black bamboo" or "contemplating the moon in the water". All these sculptures were painted in bright colors and can still be seen in the places where they were protected from the elements.
Our route continued to Dazu, world famous site for its set of sculptures of the time Tang and Song.
The first group, the Beishan (northern mountain), was started in 892 under the Tang and continued under the Five Dynasties and the Song. Some caves are particularly interesting for their iconography of esoteric Buddhism. The niche (No. 5) of Vaiśravana, the god-king, shows him dressed in full armor from the Tang period (892). Its fierce demeanor was supposed to protect the site just like the four guardians placed at the entrance to all the temples. Cave No. 9 houses a statue of Avalokiteśvara with a thousand hands, also dating from 892. This representation illustrates the great compassion of this bodhisattva, emanation of the Buddha, who was endowed with a thousand hands and a thousand eyes to see and help all the beings. Cave No. 245 (892-906) shows the Pure Land of the West where the Buddha Amitābha is enthroned flanked by two bodhisattvas; this theme was very often illustrated under the Tang, in particular in Dunhuang. The statue (1126) of the holy monk of Sizhou shows him seated, leaning on an arm rest in cave No. 177. The peacock-queen in cave No. 155 is the spiritual mother of Buddha Śākyamuni while Maya Dévi is in it. the bodily mother. It is surrounded by a thousand little buddhas carved on the walls. Twelve forms of Avalokiteśvara surround the central sculpture depicting the latter seated in a pose of royal relaxation (lalitāsana) in cave No. 180 (1116-1122) dating from the Northern Song. Cave No. 136 (1142-1146), which unfortunately cannot be entered, houses the finest sculpture from the Southern Song period. Called the “prayer wheel”, we see several representations of Guanyin (Avalokiteśvara) accompanied by Puxian (Samantabhadra) on his elephant and Wenshu (Maῆjuśrī) on his lion.
The top of the hill is crowned with a pagoda, perhaps of Song era, which overhangs a niche where sit two big buddhas.

The second group, the Baodingshan, which unfolds in a horseshoe-shaped gorge, was sculpted at the initiative of the monk Zhao Zhifeng between 1177 and 1249, and presents an iconography referring to both Mahāyāna Buddhism and Vajrayāna Buddhism, to Taoism or Confucianism. Zhao Zhifeng thought to be a reincarnation of Liu Benzun and niche No. 21 shows the patriarch at the center of a composition which takes up “the ten acts of mutilation”. In niche No. 20, we contemplate a representation of Buddha Kshitigarbha, surrounded by buddhas and judges presiding over the different levels of the underworld. Niche N ° 18 takes up the theme of the paradise of the West, the Pure Land of Amitābha where souls are reborn in the form of children emerging from the lotus. Niche No. 15 illustrates the theme of parental piety appearing under seven buddhas. The back of the throat is occupied by a representation of paranirvāna, we see the Buddha Śākyamuni lying on his right side surrounded by his disciples, in front of him at his waist, as if emerging from the ground. Cave No. 8 houses a recently restored statue of Avalokiteśvara with a thousand hands, which is still the object of devotion. Three tall statues of Vairocana surrounded by Maῆjúsrī and Samantabhadra occupy niche No. 5. The following niche shows a remarkable representation of the Wheel of Reincarnations held by a demon king. The wheel is divided into six parts by spokes and three concentric circles where the different levels of rebirth are depicted. The following reliefs develop the parable of the herdsman and the buffalo, the herdsman being associated with man and the buffalo with his spirit: it is by dint of patience and perseverance that man manages to master his spirit. In the last cave No. 29, known as Perfect Awakening, one can admire three buddhas, from the past, present and future, in front of which a bodhisattva is kneeling. The walls are adorned with bodhisattvas and celestial beings.

At the end of the trip, we visited the Ci Qi Kou district in the big city of Chongqing, a district teeming with activities where the ancient houses of the Qing era, along the Jialing River, were restored. The Stillwell museum brought us back to the time of the Sino-Japanese war where this general, who was not hostile to the Communist Party, tried to unite the two forces, those of Kuomitang and Mao Zedong, to fight against the Japanese.
The Three Gorges Museum provided an overview of the history of the region as well as a visit to an exhibition of classical paintings that have been commented by Mael Bellec. The Huguang merchant guild house (Hubei, Hunan, Guangxi and Guangdong provinces), remarkably restored, made us understand how these associations worked.

To conclude, this trip was a perfect success thanks to the friendly and warm atmosphere in which it took place and also thanks to the enlightened explanations of Mael Bellec. 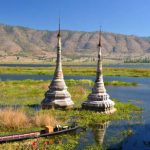 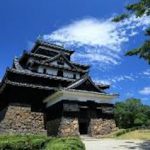