Protecting, guiding the people through the image: from popular prints to propaganda posters, overview of Vietnamese graphic arts (14th-20th centuries)

Wednesday May 18, 2016: Protecting, guiding the people through images: from popular prints to propaganda posters, an overview of Vietnamese graphic arts (XIVe- XXe centuries) by Thanh-Tram Journet, Speaker at the Cernuschi Museum.

Before dealing with the stamped works, it is useful to make a reminder on the medium that is the paper. The appearance of paper is in China but the technique will spread throughout Asia. If the technique is more or less the same, there will be differences between Chinese, Japanese, Korean or Vietnamese paper depending on the raw material used.
In Vietnam, the traditional paper dó, bears the same name as the tree from which it is made. The bark of this climbing plant is first macerated in a bath of lime, then it is cooked for several hours in large cast iron tanks. The dark barks are then separated from the light ones to obtain two grades of paper. Rejuvenated with lime water, the resulting pulp is pounded and mixed with vegetable glue (mo–Clerodendron). The drying is done on bamboo sieves. The sheets thus obtained are very flexible and hydrophilic. For one hundred kilograms of bark, one obtains only 5 or 6 kilos of paper. This explains the reason why the market is very limited. To obtain a white paper, the sheets are coated with a mixture of glue and powder of the mother-of-pearl of a shell which gives them a white appearance, then the paper is called giây điêp.

Stamping has not really changed for centuries and is always done by xylography. This technique was probably imported from China at the beginning of our era. Without knowing the exact context in which it appeared, we can nevertheless connect it to the Chinese presence and perhaps the diffusion of Buddhism. The oldest boards date from the 15rd s. and if ancient xylographed texts are rare, the images are even more so. The oldest images that have come to us are from the 19rd s. The collection gathered by Maurice Durand, remains with the work of Henri Oger, the techniques of the Annamese people, the main source of information. The rarity of the images is probably related to climatic conditions, but also, because these popular prints were and are still used for special occasions such as Lunar New Year's Day and, afterwards, are either destroyed or used as paper. packaging. These images are addressed to all layers of society with a very varied repertoire and show a great spontaneity in the drawing. The rural world is a subject frequently mentioned and particularly the activities related to rice production, but also festivals and popular festivals. This popular imagery is not free of satyric humor and a lightness even licentious.
The village of Dong Ho, located northeast of Hanoi is specialized in the manufacture of popular prints. This village has been famous since the 16rd century, peaked at the end of the 18rd s. until 1944 and almost all the population practiced stamping. In the past, wearing Dong Ho's popular prints on the Lunar New Year was a tradition of the people of the Red River Delta. Since 2015, thanks to the support of UNESCO, the village has found an important activity and continues to promote this traditional culture that is part of the Vietnamese heritage. There are now traditional prints exhibitions in Vietnam, Japan and Korea.
The prints are made from several boards, one for drawing and one for each color. One of the charms of these images is the result of a craft work because the colors sometimes overflow. Another technique is to color the drawing with a brush, which gives a greater finish and a much richer palette. Images of this type are reserved especially for the New Year or special occasions and they make more reference to a repertoire of Chinese origin.

In addition to popular imagery there is also a whole Taoist imagery.
With the satirical vein will mingle the caricature in popular imagery from 1925 under the influence of the School of Fine Arts of Indochina where one teaches at the same time the traditional Vietnamese techniques and the Western techniques. The students who graduated from this school reached middle age during the Vietnam War. Some of these artists will integrate the ranks of the Vietminh and will put their art at the service of the propaganda of the Vietnamese Communist Party to create a revolutionary hagiography. The use of comics will make it possible to send a message to a population that does not always know how to read well. From the 1950s we also see images made in the style of socialist realism which appeal to social solidarity and demonstrate what the regime can bring to the people. In the 1960s, the Secretary General of the party set up a team of artists who organized exhibitions of these propaganda posters. New themes will be used and much emphasis will be placed on the role of women in the war effort. If there is little or no representation of fighting, the combatants are represented armed but in peace or at rest with an evocation of everyday life. This is believed to be because artists considered it the role of photography to show the horrors of war and their role to be to show life.

Popular imagery now enjoys some success with tourism but another vein is developing under the influence of contemporary artists.

Protecting, guiding the people through the image: from popular prints to propaganda posters, overview of Vietnamese graphic arts (14th-20th centuries)2016-06-142017-07-01https://amis-musee-cernuschi.org/wp-content/uploads/2017/05/logocadre.pngSociety of Friends of the Cernuschi Museumhttps://amis-musee-cernuschi.org/wp-content/uploads/2016/06/estampes-populaires-dong-ho.jpg200px200px
Activities 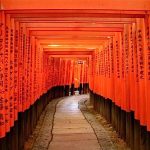 The metamorphoses of ShintoConference proceedings, JAPAN 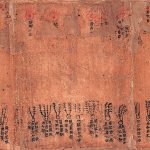