“ÔTSU-E: Popular Paintings from Japan” is the first exhibition in Europe on Japanese imagery from the Edo period. It reveals, through more than XNUMX works and documents, a little-known popular art that developed near Kyoto between the XNUMXth and XNUMXth centuries.
The Otsu-e or “images of Ôtsu” are paintings executed with a stencil, which enjoyed great popularity throughout the Edo period, from the beginning of the XNUMXth century to the middle of the XNUMXth century. They were sold to travelers and pilgrims who took the Tôkaidô road linking Kyoto to Edo (today Tokyo), and for which the city of Ôtsu is the first relay. The themes of these paintings - numbering about one hundred and twenty - were initially religious, before evolving towards satirical or moral content. The best-known repertoire is made up of around ten subjects - such as the demon disguised as a monk or the girl with wisteria - to which protective virtues were attributed.
Many nineteenth-century artists, especially from the school ukiyo-e, like Kuniyoshi or Kawanabe Kyôsai, were fascinated by this imagery and drew inspiration from it, producing parodic versions that prolonged their humorous spirit.
It was only in the 1920 years, under the impulse of the movement for the popular arts (mingei), that these images of Ôtsu were rediscovered, studied and miraculously preserved by the thinker Yanagi Muneyoshi (1889-1961). The most beautiful pieces of this unique collection in the world, preserved in the Japan Folk Crafts Museum, the museum he founded in Tokyo in 1936, are shown in the exhibition.
Otsu's images are far from being known in the West for the same fame as prints ukiyo-e, which are contemporary to them. Some precursors were nevertheless interested, like the anthropologist André Leroi-Gourhan or artists, such as the Catalan sculptor Eudald Serra, Miró or Picasso, whose several works of their personal collections are exhibited. The simplification of forms, the graphic freedom, the naivety and the humorous spirit of these paintings came into effect in resonance with certain forms of avant-garde art in the twentieth century.
The exhibition presents more than a hundred particularly rare and fragile works: paintings by Ôtsu, prints ukiyo-e and paintings by famous artists from the 18th to the early 20th century, statuettes and old illustrated books. From private collections and museums in Japan, Catalonia and France, some of them are unveiled to the French public for the very first time.

Curators of the exhibition: Christophe Marquet (art historian, director of the French School of the Far East), Ken.ichiro Yokoya (curator at the Otsu City Museum of History) 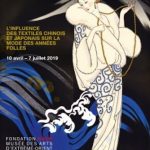 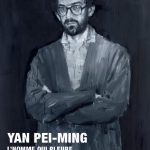 Yan Pei-Ming The Crying ManThe Society of Friends suggests you