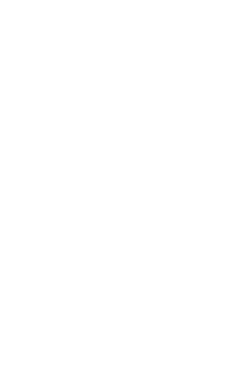 Thursday, January 30, 2014: visit of the Society of Foreign Missions of Paris commented by Mr. Eric Henry.

Alexandre de Rhodes, a Jesuit missionary in the East, realizes that after the expulsion of the missionaries, the young Christian communities left without pastors could not survive without local priests. He convinces in 1653 Pope Alexander VII to send three voluntary French bishops, with the rank of vicar apostolic, in Asia for the purpose  to create an indigenous clergy and to adapt to the customs and customs of the countries.

Between 1658 and 1700, one can note the foundation of the general seminary in Ayuthya, capital of Siam, the evangelization of Tonkin, Cochinchine, Cambodia and Siam. The work of the apostolic vicars and of the Society was to found the organization of local churches over a clergy of local priests and bishops.

The first regulations, written in 1710, define the structure of the Société des Missions Etrangères de Paris: it is an association of French priests placed at the disposal of the Holy See to go on mission under the authority of the apostolic vicars. A change will take place in 1840, when the Society will also accept seminarians who will be trained and incardinated in the Society.

The apostolate field of the Society extended to South India, Korea, Japan, Manchuria, Assam, Burma, Tibet and some Chinese provinces.

The French revolution created a parenthesis in the growth of the Society of Foreign Missions of Paris but the nineteenth century saw a considerable expansion of its missions.

Since the seventeenth century, the Society sent to Asia near 4 500 priests. The seminar on rue du Bac has also recently become a reception center for Asian student priests.

Installed in 1663 at 126 and 128 rue du Bac in buildings ceded by Bishop Bernard de Sainte-Thérèse, bishop of Babylon, the company will build between 1683 and 1691 a chapel, then two mansions report, adjacent (118 and 120 street Tray). The Grand Logis will be built in 1732 and the perpendicular wing will be added in 1869, all overlooking a large garden adjoining the Hotel Matignon. Chateaubriand will spend the last ten years of his life in one of the mansions and his funeral will be celebrated in the chapel in 1848. Charles Gounod was the organist of 1843's 1848 Chapel.

The crypt, under the chapel, houses the relics of the martyrs of Asian churches under a tomb on which is engraved the impressive list of names of martyrs. Indeed, the missionaries experienced persecutions in the seventeenth and eighteenth centuries but especially in the nineteenth. They were beatified and canonized in the twentieth century. These persecutions, widely described in Europe, provoked pity and anger and pushed France and England to intervene in Cochin China and China.

The Martyrs Room is located in the extension of the crypt, at a lower level and exposes under three large arches memories of these priests martyrs. In the center, like an erect ladder, is the cangue of Saint Borie, sent from Vietnam in 1843. A painting painted in Vietnam illustrates the martyrdom of this saint, beheaded in 1838, for his refusal to prostrate himself before the Mandarin. The cangue appears before the kneeling saint. Other paintings relate the arrests and tortures of Saint Borie, Diem and Tu or those of Saints Nam, Mi and Dich and others.

One of the arches exhibits objects (cane, flute, lorgnette, etc.) that belonged to martyrs and various insignia of apostolic vicars as well as some autograph documents. Another shelters objects of Marian piety but also “clandestine” objects: a statuette of Kannon carrying a cross on his chest, a XNUMXth century Japanese incense burner decorated with crosses and rosary beads. Crosses from various origins and objects for the Eucharistic celebration are also on display. Under the third arch are displayed personal objects (Tonkinese, Chinese dresses, Tibetan cloth, chopsticks) which testify to the adoption of local food and clothing habits by the priests.

Three large pieces of furniture complete the feature of the Martyrs' Room where photographs, mainly taken between 1848 and 1880, are displayed, showing groups before departure or various situations of men en route as well as autograph letters.

The Martyrs' room and the crypt share the memory of these priest-martyrs: one the memories, the other the relics. 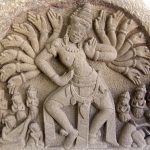 Champa: the other kingdom of VietnamConference Reports, VIETNAM