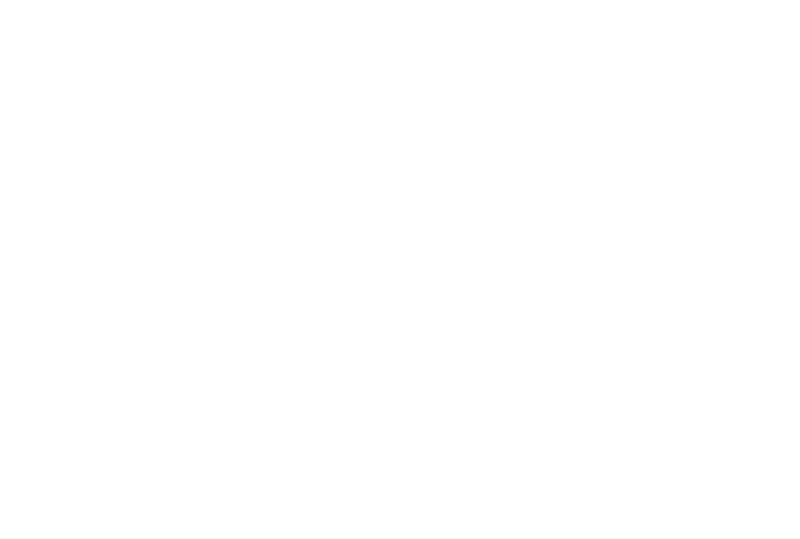 Books and documents from ancient China

China is the land of writing par excellence and this, on different media: stone, metal, wood, bamboo strips, silk and, later, on paper.

Compiled in the Han Dynasty (206 BC-220 AD), the catalog of an Imperial Library has been preserved to the present day. This library contained altogether more than thirteen thousand two hundred scrolls. Most of the works mentioned in this bibliography have now completely disappeared.
China is also the country of administration and administrative documents. In the Forbidden City, the building that housed the archives of the Ming (1368-1644) and Qing (1644-1911) has the distinction of being essentially stone and, inside, the documents were kept in wardrobes. metal, all to preserve them from fires. Only for the Qing Dynasty, it is estimated that more than twenty million records are kept.
Until recently, the works of the Qin period (221-206) and the Han came to us only in the form of copies made in the course of centuries and preserved in documents dating back more than a thousand years to the original documents . In addition to late copies, there are copies on stone or metal that allow us to read the content of the texts but not on the original form of these documents. Only by the archaeological discoveries of the XXrd and XXIrd centuries that a fairly large number of documents from ancient times have come down to us.

The first discoveries were made at the time of major expeditions to Central Asia in the late nineteenth and early twentieth century. These expeditions were scientific, political, and sometimes even strategic. Aurel Stein, during his three expeditions to northwestern China (1900-1901, 1906-1908, 1913-1916) finds many ancient documents. In particular, from Dunhuang, Niya and Juyan, he brings back texts from the Han period on wood but also on silk. These sites were important for border surveillance with the Xiongnu and the documents are essentially of an administrative nature. Aurel Stein, for the publication in England of these documents, appealed to Edouard Chavannes then to Henri Maspéro, which explains that they are published in French. Since Aurel Stein, who brought back a thousand documents from the time of the Han, we now have over twenty-five thousand.
Among these texts are lists of equipment, inventories, etc. written on wooden shelves or bamboo slats connected together by strings of hemp. The length of the slats regulation was about 23cm. On a document of the year 23 before our era, coming from a relay of post, one mentions the number of available tanks, the type of tanks, but also the state in which they are (it is also mentioned s' they are usable or not). A second document from the same mail relay is a private letter on silk of the same height of 23cm. This letter was folded inside a wooden room sealed by a clay seal which served as "envelope". The letter comes from a certain Yuan who asks a colleague to buy him different things. It is interesting to note that among the many epistolary forms, some are still used today. Dunhuang's body of manuscripts contains numerous documents concerning the surveillance of Xiongnu.
Marquise Xin Zhui's Tomb No.1, in Mawangdui, dates back to 168-145 BC. JC delivered, in addition to the perfectly preserved mummy of the Marchioness, important funerary furniture including the famous funeral banner on silk. The particular conditions of the burial allowed exceptional conservation of the objects in organic matter. Tomb N ° 3 from the same site was male and, despite the poor preservation of the body of the deceased, the funerary furniture was in very good condition. A funeral inventory of the contents of the tomb was found there, consisting of 5 wooden tablets and 402 bamboo slats. One of the slats corresponds to an official document to announce to the Beyond the arrival of the deceased so that he is received with the respect due to his status. In one of the compartments of the tomb, the archaeologists found a lacquered wooden trunk which contained a veritable funerary library made up of 30 manuscripts on silk and 4 manuscripts on bamboo bearing medical texts and copied on slats 23cm in length. In the silk manuscripts there are mainly two formats: 24cm and 48cm high (again standardized), the length being variable, ranging from a few tens of centimeters to two and a half meters. Among the most remarkable manuscripts there is a Book of Changes (Yi Jing ou Zhou Yi), two different editions of the Dao De Jing, but also texts forgotten like a text of divination by the shape of clouds and comets. Two maps were also found; these are maps for military and strategic use. The Changsha area (today Hunan) where the deceased exercised is fairly faithfully represented while the remote areas are more schematic.

It should be noted that on more than 100 tombs containing books and documents discovered by archaeologists, ranging from Warring States (481-221 BC) to Han, only two tombs contained manuscripts on silk which implies that this type support was reserved for an elite and for very particular uses.
The tomb N ° 11 of Shuihudi (Hubei) excavated in 1975 was the first tomb of the Qin dynasty with manuscripts discovered in archaeological environment. The particular interest of this tomb is that the manuscripts were deposited inside the coffin all around the deceased and not, as was customary, in compartments of the tomb. Of the ten texts, one mentions historical events relating to the state of Qin and to a certain Xi, probably the deceased. This character would have been an official of the empire of the Qin who would have been born in 262 av. JC and died at the age of 46 years. In addition, texts of divination, laws, judicial and administrative practices have been found. A text mentions that when receiving or sending a message, one must write the day, the month and the time of the day of its sending or its reception, so that one can answer immediately. A document, the Jin bu lu, Regulation concerning metallic and fabric coins, mentions that " the value of the coin does not depend on its quality, good or bad, and that sorting is a crime ”. The exchange value is clearly attached to the currency sign, regardless of its metallic value. All of these documents contain valuable information about the rules surrounding everyday life in the Qin era.
In Liye (Hunan), in an ancient fortified city and partially destroyed by the You River, archaeologists have found in 1 36 well no more than 000 slats and wooden and bamboo shelves. 17 000 had characters of writing and it seems that one is there, in front of the archives of the administration Qin, of the prefecture of Qianling whose seat was this city. These documents are essentially official reports of the administration, but also lists of population censuses, inventories of weapons, etc. It shows that it is here the control of the local population and ensure that it pays its taxes and takes part in chores. But in some documents, superiors complain that officials do not enforce the rules or do not respect them themselves. It shows that despite a very strict legislative and administrative framework, in reality the laws were or were not enforced. Some texts are more trivial and show a much more humane aspect of administration.

The discovery, in 2015, of the tomb of Liu He (92-59 BC), Marquis of Haihun, was an archaeological event. This tomb located near Nanchang (Jiangxi) has yielded an invaluable treasure, both in its wealth and the information it has delivered. Liu He, grandson of Emperor Wudi (141-87 BC) of the Han, came to power at the age of 18 years, in 74 BC. JC, but his reign lasted only 27 days. Destitute, he was deprived of his title of Prince of Changyi and demoted to the rank of Marquis of Haihun. The official archives justified this act by its behavior incompatible with the office of emperor but the discovery of an important library defeats this theory. The special status of Liu He explains the exceptional size of the tomb (400 m2) and the wealth of furniture: ten tons of bronze coins, 378 gold bars in the form of cakes, horse hooves and unicorn hooves, luxury items in gold, silver or bronze inlaid with gold and silver as well as jade including the seal of Liu He, objects in lacquer, bronze, terracotta, weapons and several thousand wooden tablets and bamboo slats. There was also a bronze vase from the beginning of the Western Zhou Dynasty (1046-771 BC) which must have been particularly appreciated by the deceased. A bronze clepsydra has been discovered which demonstrates the importance of timekeeping at this time.

Among the various texts we have mainly met funerary inventories on wooden shelves, but on bamboo slats, we find classical works such as the Book of Changes (Yi Jing), an edition of Confucius Interviews, the oldest edition known to date from Book of Rites (Liji), as well as texts relating to traditional medicine and texts of divination.
Thanks to the two libraries of Mawangdui and Nanchang we see that they consisted of classical texts, technical texts and texts of medicine.
During the first millennium BC, the written word took an increasingly important place in Chinese society, for practical or more intellectual reasons. A large quantity of books and documents was produced in antiquity and under the first two imperial dynasties. Most of these writings have disappeared forever, only a small part could be saved in the form of copies in later works, but only the texts considered the most important have been copied and recopied over the centuries. Recent discoveries by archaeologists have uncovered a whole set of texts that had disappeared and also texts transmitted by tradition but in a different form. Several hundred manuscripts shed new light on the intellectual thought of this period, whether in the field of literature, philosophy, science or religion. Today, we can rely on more than 200 000 original documents that allow to study the history of ancient China in a concrete way, beyond the image sometimes distorted by generations of scholars. Thanks to the work of archaeologists, conservators and sinologists, many documents should be published in the years to come.

Books and documents from ancient China2016-09-22-XNUMX2017-07-01-XNUMXhttps://amis-musee-cernuschi.org/wp-content/uploads/2017/05/logocadre.pngSociety of Friends of the Cernuschi Museumhttps://amis-musee-cernuschi.org/wp-content/uploads/2016/09/livre-de-divination-tian-wen-qi-xiang-zazhan-soie-mawangdui-tombe-3.jpg200px200px
Activities 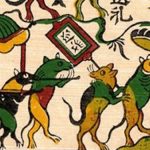 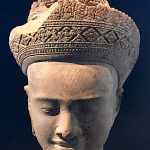 Jacques Chirac or the dialogue of culturesConference proceedings, EUROPE-ASIA