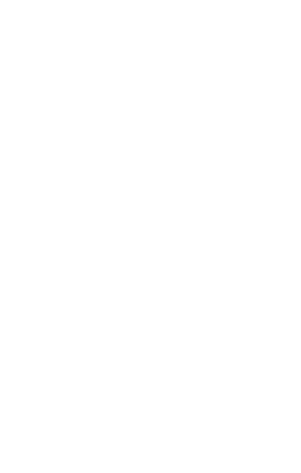 Lecture by Frédéric Girard, emeritus director of studies at the EFEO.

Buddhism has become acclimatized in Japan in several forms, popular and scholarly, in symbiosis with Japanese religions. The main ones are the faith in the Pure Lands (Jōdo), the practices of Zen and the ritualism of Tantrism, alongside the traditions of doctrinal studies which have proposed to structure these religious ensembles. The project is to paint a picture of the main manifestations of Japanese religiosity which have the Buddhist religion as their system of reference. Highlighting its particularities is a difficult task which risks simplifying reality. Beyond the instituted schools, fund currents give a better account of this.

The Buddhist teaching situates man in temporality, contrary to the surrounding religions (Brahmanism), dismantles the causal mechanisms enclosing in vicious passionate circles of transmigration motivated by possessiveness and, in doing so, gives access to the liberation, that is to say to Awakening and to Nirvāṇa which is the stable state of this Awakening. Japanese Buddhism reduces transmigration to two or three existences, this life and (if necessary the previous one) and the next one. The human being and his mind are a discontinuous continuum, composed of being and non-being, or rather equidistant between being and non-being. Awakened, he reaches the state of Buddha, is distinguished by the implementation of his enlightened Intelligence, Sapience Prajñā, and his altruistic action, falling under Compassion, which ensure the salvation of all. They are symbolically represented by Bodhisattvas who preach the teaching. The universal activities of the Buddha are situated on the phenomenal plane of temporality, but the Great Vehicle gives birth to schools which substantialize the state of Buddha and make the empirical world an emanation of this state which has become fixed in its eternity. The Japanese schools are divided into phenomenal schools, the gnoseological one of Hossō-Yuishiki and the Sanron Middle, and those substantialists which make the phenomenal world emanate from a nature of Buddha or from a state of Tathāgata in power, the Tendai, Kegon schools. and True Word. In reality, when the emphasis is placed on the "implementation" of this Buddha-nature, it reduces to the phenomenal as it materializes, and when the notion of Buddha-nature is allowed to be a goal to be achieved or a potentiality, when it is not put into practice out of sheer negligence or laxity, it remains an “abstract principle”. Japanese Buddhism has oriented itself towards the second tendency by wanting to adapt to local beliefs and its reform movements have wanted to restore the first which is in conformity with the original Buddhism which it claims as a universal religion. The tantric or esoteric school joins the first tendency which dominated because, less demanding, it locates the desires like starting point of a salutary process thanks to the sublimation. This reversal of values ​​explains the success of this tantrism in Japan which has penetrated almost all schools.

Japanese Buddhism is distinguished by this tendency which is considered to be cyclically heterodox. The reason for its prevalence is that among the Buddhist community, made up of monks and nuns, laity and laity, the laity prevailed and even among the community of monks there were many who, in reality , did not observe celibacy or food taboos. Indeed there has been a social division since Antiquity (7rd -12rd  centuries) between a high clergy responsible for knowledge and prayers for the salvation of the great of this world, and a low clergy (Zen and Nenbutsu of the Pure Land) responsible for impure tasks. The latter saw their activities prohibited in the mountains which were the place of activity of female shamans and summer and winter retreats. It is in this context that the two sects of the Heian period (late 8rd -end 12rd centuries), Tendai which brings together practicing monks and learned clergy in one place, and Shingon which keeps them separate. It is the Tendai model of Saichō which geographically expanded in order to keep the clergy under the tutelage of the imperial state, while spreading a Disciplinary Code equating clerics and laity, while the doctrines of the True Word of Kūkai have penetrated all Japanese schools.

It was the lower clergy who, in the Middle Ages (late 12rd -16rd centuries), when military power became as important as imperial power, gave rise to new sects professing universal salvation, first in the big cities. The new preachers indeed preach directly to the individual who has left the local religious, family and clan associations. Authentic monks were those who lived as hermits apart from the clergy too attached to the State as well as religious congregations too attached to theirs: they constituted new sects of which they are the "patriarchs", Hōnen for the sect of the Earth Pure of Amida, Shinran for the Authentic of the Pure Land of Amida, which later became the Ikkō sect of Rennyo, Yōsai for Zen Rinzai, Dōgen for Zen Sōtō, Ippen for the Ji sect tinged with Zen, Nichiren for the Lotus. Sōtō Zen developed among the warriors in the provinces, Rinzai Zen became the official sect of the military government. Among them, those Sōtō, Jōdoshinshū (and Ikkōshū) and Nichiren place the Law.

In modern times from the Christian Century (16rd-17rd centuries), in order to track down the Christians, the shogunal government forced the population to establish ancestral cults in temples, which led to the strengthening of the Buddhist church and the freezing of sects into currents and branches. It is from this period that date the Buddhist sects proper which define their doctrines deemed orthodox. During the opening of Japan and the restoration of imperial power in 1868, Buddhism was proscribed for a time and its clergy secularized. These events resulted in a loss of the power of the temples and a transformation of its clergy which became almost entirely laicized and secularized. However, it can be observed that Buddhism is an integral part of Japanese civilization and that many cultural habits are rooted in it. Without always having precise beliefs or defined creeds, the Japanese are nevertheless immersed in a religiosity which is more or less consciously inspired by them. Successive Japanese constitutions embraced freedom of belief and promoted religions, including Buddhism, as an educational element capable of raising moral standards. Amidic beliefs in the Pure Land remain prominent among the population, sometimes only diffusely and indefinitely; the radical and purely spiritual and secularized form that they take on in Shinran (the Pure Land is internalized and not geographically located) has developed the idea of ​​an infused grace that recalls the values ​​and practices of Protestantism. Zen adapts very well to Western systems of thought because of the absence of supreme divinity in its conceptions, and of a dialectic evoking Western philosophy, as in Dōgen. Tantrism integrated local beliefs and was illustrated by a rationalized system of thought in Kūkai. It is remarkable that several Japanese philosophers claim to be more or less part of some of these currents. 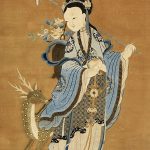