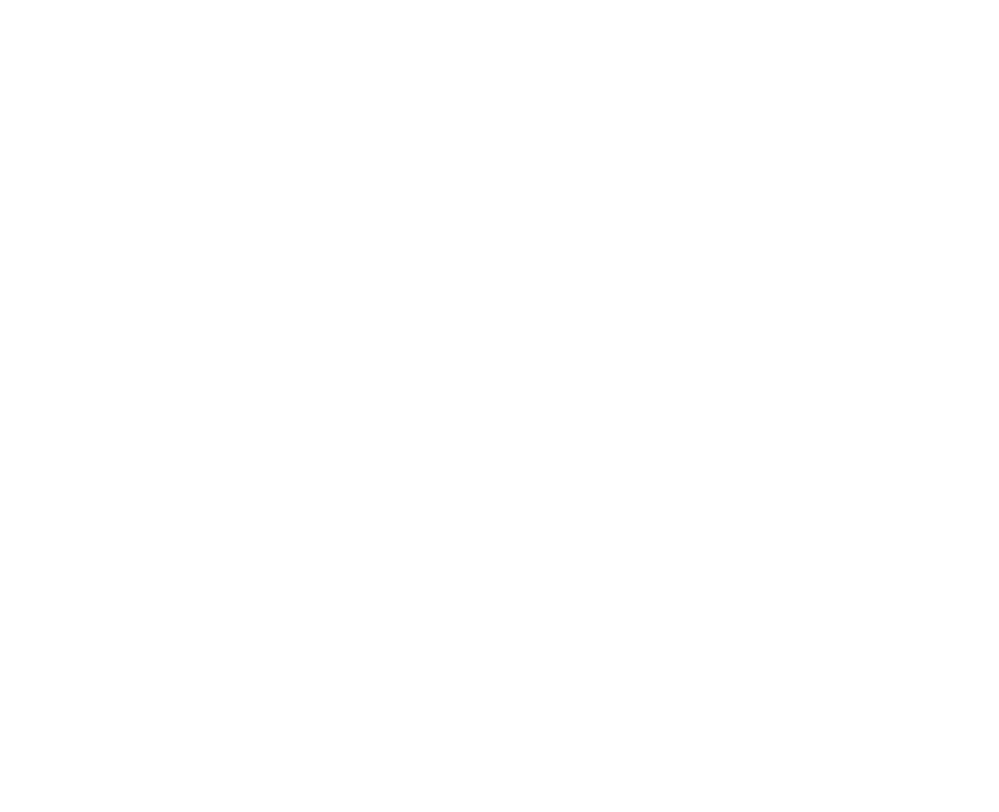 05 / 04 / 2013. Conference tour of the exhibition The Shanghai School (1840-1920) Paintings and Calligraphy of the Shanghai Museum commented by Eric Lefebvre, Curator.

Continuing its exploration of Chinese painting, the Cernuschi Museum offers, thanks to the exceptional loans of the Shanghai Museum, to discover a key period in the history of Chinese art during which painters and calligraphers gathered in Shanghai sketch a new modernity .

In the nineteenthe century, the Qing dynasty is deeply shaken by the Taiping revolt and the military threat of the Western powers. Beginning in the 1840 years, the Jiangnan region in central southern China is the scene of armed conflict ravaging the cities of Nanjing (Nanjing), Yangzhou and Hangzhou. The community of artists who had participated in the exceptional influence of these cities in the 18th centurye century, is scattered. Many painters and calligraphers fleeing conflicts are converging on the Shanghai region where a new culture is developing, influenced by trade with the West. These historical upheavals are at the origin of a profound cultural upheaval but also of a real revival of the arts characterized by the liberation of the line and the irruption of the color. The great novelty is that painters will, for the most part, have to live from their art. It creates associations that will bring together artists for lucrative but also charitable purposes, a certain share of the profits of these associations being intended to help the victims of the losses or the needy.

The first room is dedicated to the heritage of Jiangnan by showing how, genre by genre, painters are inhabited by reminiscences of styles created in this region. Painters of portraits, flowers or landscapes still refer to masters and also to literature such as Bao Dong in the Hermit in the shade of a pine which refers to a passage from the "Chant du retour". Liu Deliu (1806-1875) painted Fruits and flowers in the manner of Shen Zhou (XVth century), but by introducing the color and using a vertical format which gives a great freedom to the composition. 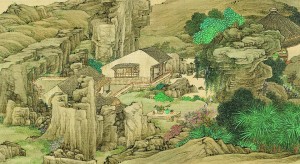 The next room is dedicated to Ren Xiong and his clan. Ren Xiong (1823-1857) is often considered one of the most accomplished character painters. However, when he painted The Lady of Xiang, reference to a famous Qu Yuan poem become a popular theme in painting, it uses bright colors for clothing. The big roll (7 m) The Fan Lake Cottage is a reinterpretation of the landscape in blue and green. The juxtaposition and the richness of the colors and the application without line of outline make it however an innovative work. Ren Xun (1835-1893), younger brother of the previous, continues his work while innovating in the painting of flowers and birds. The roller representing the collector Wu Dacheng is particularly interesting because it is divided into two parts. First we discover the painted portrait of Wu Dacheng surrounded by his collection of antique bronzes, then all the objects and their inscriptions are presented in the form of stampings.

Ren Xiong's son, Ren Yu (1853-1901), learned his trade with his uncle. His landscapes are original by the work of color.

The third room is dedicated to Zhao Zhiqian (1829-1884). This literate official excelled in calligraphy, as in painting "without bone" (without line) and in engraving seals. His study of ancient writing will influence and invigorate his style. By transposing the primitive vigor of the outline of the ancient stelae in his art, he balances the force of the line and the audacity of the color. Four vertical rollers illustrate sigillary and chancery styles to which he infuses power and fluidity. His peonies combine the strength of the sigillary writing in the treatment of branches and rocks with the "bone-less" style of the flowers, creating a contrast between the black of the ink and the dazzling red of the flowers.

The fifth room is devoted to Ren Bonian (1840-1895), whose legend tells that he copied works by Ren Xiong, selling them in the street. The master would have discovered the forger but, seduced by his talent, entrusts his learning to Ren Xun. Ren Bonian will develop a clean style in the painting of flowers and birds or historical figures. His painting is representative of Shanghai's production that targets a clientele of wealthy traders or foreigners. The Portrait of Gao Yong is a work for four hands as is often the case at that time and often recommended by associations. Ren Bonian painted the character and Hu Gongshou painted the surrounding landscape. While the face is treated almost photographically, the garment is worked in “pinhead and rat tail” brushstrokes: the brush is applied to form a point then pulled lengthwise to narrow to a fine point. Wenchang (god of martial arts) and Guan Yu (god of literature) shows two majestic figures in ceremonial costume. Above them steals a little grotesque character, Kuixing, who protects the students who take the exams. One could see there a western influence (cherub) transmitted by the Japanese print. The Cat in wisteria is made using the bone-free technique, but it is the composition that is original, because the cat, back to the viewer, is only seen at the last moment, the gaze being first on the flowering branches and sparrows that fly away.

The last rooms illustrate the evolution of the literary painting towards a more commercial painting. In addition to their personal works, some artists will make lithographs for newspapers or advertisements. Wu Youru (? -1893) is the most representative with his Scenes of female life where he introduces Western perspective and a concern to show modern women, even when they engage in classical hobbies such as music or reading. Wu Changshuo (1844-1927), calligrapher and painter, also excels in sigillary art. He follows Zhao Zhiqian's approach by transposing the vigor of sigillary spellings into his painting. He realizes calligraphy in a cursive style extreme vigor and dynamism can be found in Floral compositions of the four seasons. These four monumental scrolls representing the emblematic flowers and fruits of the seasons are animated with great energy accentuated by the use of vivid colors in the “boneless style”. 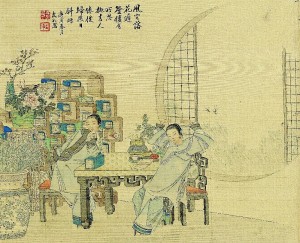 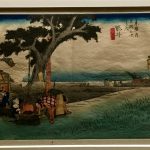 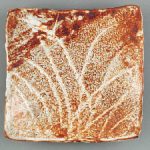 The art of Rosenjin, Genius of Japanese cuisineConference proceedings, JAPAN