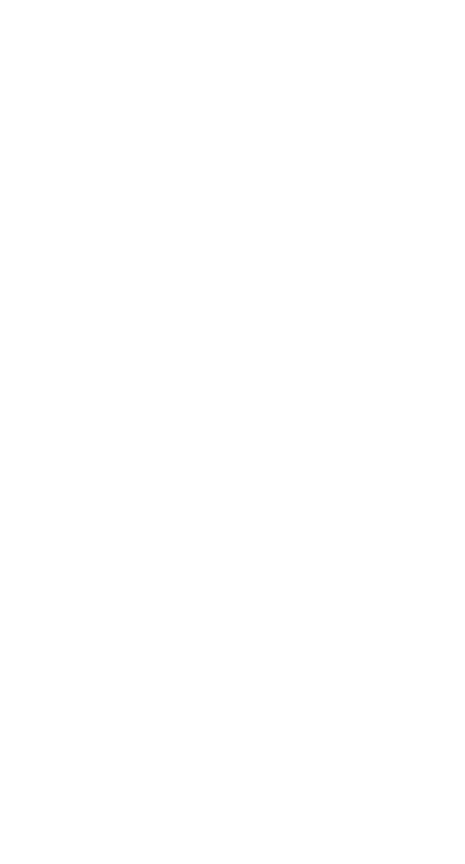 Wednesday 13 May 2015: conference Contemporary painting in China, Korea and Japan by Maël Bellec, Curator at the Cernuschi Museum.

Maël Bellec specifies that he does not take into account the artists of the diasporas and that his look is not that of the art market but that of the curator. This overview of contemporary painting proves difficult for geographical and historical reasons.
China, after the fall of the Qing 1911, is experiencing a period of turmoil followed by the Second Sino-Japanese War (1937-1945), the founding of the People's Republic of China in 1949 and 1966's Cultural Revolution at 1976.
Japan experiences Meiji restoration in 1868, the first Sino-Japanese war (1894-1895) taking place on Korean territory, the annexation of Korea in 1910, the second Sino-Japanese war, the attack on Pearl Harbor in 1941, the bombings of Hiroshima and Nagasaki in 1945 followed by the US occupation of 1945 at 1951.
Korea is under Japanese administration from 1910 to 1945 and then knows the war (1950-1953) that will end with the partition.
As one can imagine, there is an artistic interaction between these three countries.
For contemporary painting, Japan plays a central role because it is the first Asian country to go to school in the West. This general modernization will allow the creation of the School of Fine Arts where three Italian artists (a painter, a sculptor and an architect) will train a new generation of artists, such Asai Chû (1856-1907) in a style marked by the western realism of the 1850 years and by the outdoor painting. Other artists will come to France and immerse themselves in different trends such as Impressionism. Thus, at the end of the 1870 years, Japan follows the West, first in academic styles, then from 1910, in all European avant-garde movements. The movement of Italian Futurism is the mainstream adopted by Japanese artists for its break with tradition and its link with modernity. The Cubist current will be incorporated into Japanese art and Yorozu Tetsugoro (1885-1927) will integrate it into his work but by mixing it with other styles. At this time Japan sees an artistic bubbling and all Western currents will gradually be integrated, many artists coming to Europe to have a direct knowledge. Another important current is the surrealism derived from Dadaism but not always differentiated from it and Japanese artists have a rather empirical knowledge such Hamada Hamao in Upas. These new artistic trends are not always well accepted by the population and some artists will advocate, from the middle of the Meiji era, a return to traditional Japanese painting and create the Nihonga school in opposition to the current yôga (Western painting) . This current will also be supported by Westerners who want to preserve the picturesque Japan. However, some artists like Yokoyama Taikan (1868-1958) dare a great modernity, here almost abstract, in Métempsychose (1923) using traditional techniques. Tomioka Tessai (1837-1924), considered the last representative of the scholarly painting, refers to the Chinese scholarly painting but the expressiveness of the line and the rather caricatural side of the style differentiates it.

These currents, however, very divergent will coexist in Japan until today.

Japan will serve as a model for Korea in a very strong way and for China to a lesser extent.
Korea passing under Japanese administration from 1910, Koreans will create institutions on the Japanese model. It will be very easy for Korean artists to study in Japan or take classes with Japanese artists. Lee Ungno (1924-1989) returns from Japan with a style very much in the style of Nihonga but will later revolutionize Korean contemporary art (the museum Cernuschi has received a significant donation). Chu Kyung (1905-1979) will study in Korea and practice a very academic style. Korean artists will learn to draw inspiration from Western avant-garde movements throughout Japan. Kim Whanki (1913-1974) is the greatest Korean artist of the 20th century and is one of the first to introduce Western modernism into Korean art. In Rondo (1938) he mixes synthetic cubism and neoplasticism of Mondrian. Yoo Youngkuk (1916-2002) will move to purely abstract art.
For China the situation is different because if it has had contacts with the West since the sixteenth century, it is Japan that will be one of the first vectors of modernization of painting in the late nineteenth century and early twentieth century.

Gao Qifeng (1889-1933) copies in the roaring lion (1927) a work by Takeuchi Seihô who is one of the great painters of the Nihonga school. The subject of the realistic lion was not known from Chinese painting and the work of volumes and shades is a Western contribution through Japan. Another artist, Wang Yachen, will go to Japan to learn oil painting but, to survive, will produce works in the traditional style and remains best known for his fish painted in ink and colors on paper . After the 1930 years, there will be a decline towards traditional painting. Xu Beihong is better known for his paintings of horses than for his occidentalising works but during his stay in France he practiced oil painting as in his self-portraits or the lion and slave (1924). Just like Chang Shuhong who, after being trained in France in oil painting, will return to China in 1940 and will return to the great Chinese artistic tradition. One of the reasons for this return to tradition is, as in Japan, the nationalist jolt that forces them to reposition themselves as patriots who assume their cultural heritage, value and continue it.
During the war years, in Japan, one finds mostly propaganda works in the style of proletarian realism. There will be a real difference between Japanese, Korean and Chinese arts after the Second World War because the situation in these three countries will be very different.
The Japanese come to know the defeat and a humanitarian drama with Hiroshima and Nagasaki and this leads to a questioning of all the previous period and a highlighting of the suffering of the population and that of the artists. Artists, as in the West with the movement of lyrical abstraction, will try to reaffirm their existence by putting themselves in direct contact with the material as Kazuo Shiraga (1924-2008) which is part of the movement Gutaï (concrete) founded in 1954 which also belongs Matsutani Takesada (born in 1937).
In Korea the situation is different. After the end of the war and before the score, the artists will ask questions about their own heritage and try to break with tradition. Lee Ungno considers his career to be in his fifties and renounces his previous job. From the 1950 years, while using the traditional work that he masters, he tries to find something else. Curiously the Korean artists of this time look to France while Japanese and Chinese are turning instead to the United States. The artistic movements will be in adequacy with the political quarrels of this time and some artists will again be interested in the abstraction. Kim Byungki, a major figure who will train the greatest painters of the 1950 years, practices an abstraction closer to the years of the Paris School. In the 1960 years we see what Koreans call informal art and Park Seo-bo produces works with more material.
Yamaguchi Takeo, much more focused on the United States, is turning to a geometrization of forms.
China is in a totally different perspective at that time with a parenthesis that goes from the 1950 years until the end of the 1970 years with an art infixed with politics, very permeated with the proletarian realism enacted by Mao Zedong. In Mao Zedong in Yan'an (1951) the perspective effect on the wall includes the Great Helmsman in the lineage of great communist thinkers. Artists were obliged to submit their work to a committee that validated or asked another artist to modify it. The Cultural Revolution is an extremely hard time for artists. Shi Lu, probably the only dissident artist in mainland China in the 1960 years, gets celebrity through Mao Zedong in northern Shaanxi (1959) which is very appreciated but, in 1964, a critic returns to the painting to ask if it would not be an implicit criticism of Mao and Shi Lu will undergo a purge.
Pop Art is very present in the 1980-90 years in Japan, Korea and China. Takashi Murakami, in Japan, will take inspiration from the manga subculture to show that art is dead, and in Korea, Lee Donggi takes the subjects from comics or advertising to question the interest in to do real painting. Whereas in China, which has known the Maoist period, the population has been force-fed by figurative works of propaganda. Wang Guangyi will divert these images by putting propaganda at the level of a simple advertisement in Porsche (2005). Post-Maoist Iconsism will produce often caricatural works to exorcise the previous period, as in Tang Zhigang, which shows representatives of the official society as boisterous children unable to stand.

All these movements influenced by Western fashions and international trends do not prevent the continuation and deepening of indigenous styles.
Kayama Matazo continues the current of Nihonga in the big screen Waves in spring and autumn (1966) by the support, the techniques, the work of the colors laid in flat, the subject of traditional landscape, but tries to adapt it to the modernity, in particular by the treatment of the waves. In Korea, the greatest traditional painter of the 1960 years, Kim Ki-chang paints large screens representing horses by infusing dynamism and strength to the traditional style.

On the other hand, traditional artists will evolve such Domoto Insho that will synthesize between contemporary currents in Western techniques and indigenous traditions. In Korea, many artists will come to an abstract style with traditional techniques. Kim Ki-Chang will also produce totally abstract works in the 1980 years.
In China, too, there is a return to tradition, which has been done underground since the 1980 years, but since all the techniques that have been obliterated must be reappropriated, it is only in the 2000 years that we see painters place as major artists on the Chinese scene. Gu Wenda, probably one of the greatest artists, known for his work on calligraphy with more or less abstract landscapes uses totally invented characters. Wei Ligang tries to work on cursive calligraphy by reducing the structure of the work to intertwined circles that are the frames in which the characters will fit. After the years of pop culture, there is a movement that is gaining momentum in China today with artists trying to return to the modernized tradition.
Apart from these great currents, there are particular sensitivities which are not easy to define. In Japan, an almost precious decorative art is illustrated with the calligraphy of Ishikawa Kyûyô or the geometric abstraction which is a significant current in Japan with the work of Satoru Sato. If we look at Korean artists we find the taste of the material but with geometries that are slightly imperfect as in the works of Chung Chang-sup or Yun Hyong-keun. In China, many artists are working on the renewal of ink in the line of abstract expressionism.

This overview does not pretend to cover the whole subject and Maël Bellec admits to being at the beginning of a long research work. 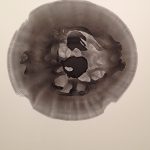 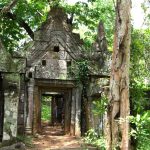