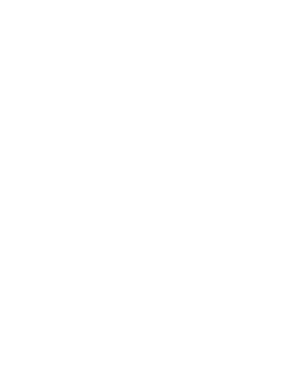 Report of the excursion to Villiers-le-Bâcle to visit Foujita's house and to Saint-Rémy-l'Honoré in the Yvelines to discover the Chinese garden Yili.

We were received by Anne Le Diberder, Conservation Attaché at the General Council of Essonne, passionate and passionate in her comments on the last home of Leonard Foujita. 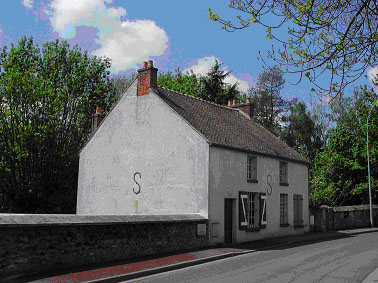 This house bought by the artist in 1960 was bequeathed by his widow to the General Council of Essonne who did a remarkable job of restoration. With a rather banal side street, it overlooks the valley and was totally modified by Foujita. The painter completely restructured it, adopting certain Japanese biases: such as the large windows opening onto the garden, the absence of partition between the bedroom and the living room, the presence of screens. 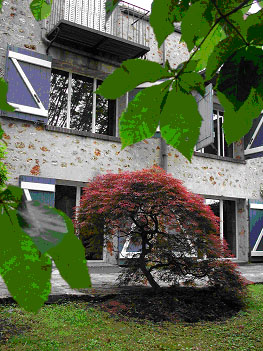 Foujita amused herself by diverting codes, associating kitsch objects with refined objects, Delft tiles with Formica furniture, Spanish style with designer furniture, blending blue and ocher, combining tiles and stripes, etc. . He was a lover of the flea market in Paris, but also flea markets in his travels, where he hunted a lot of objects that he customized.

The visit of the house allowed to penetrate in the intimacy of the artist and to realize how it was adapted to his tastes and his requirements. All doors come from Spain and there is a stock left in the workshop waiting to be used.
Beside that, he who was so precise in his work as a painter, seems to have tinkered without particular care. In his youth he had learned to sew and adored that (the Singer machine still sits in the workshop) but left the racks on his jackets or trousers. His paintings were poorly stapled on high quality frames.

An example of DIY, Foujita had inserted above the front door a plaster mold made from a gingerbread mold. 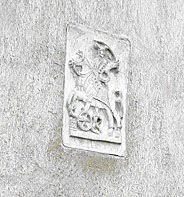 The workshop, still inhabited by the presence of this great artist is adorned with a painting, covering part of a wall and the top of the fireplace, which is a bit like a sketch of the decor of the chapel Notre-Dame de Peace in Reims. A Madonna with Child and a Crucifixion perfectly illustrate the work of Foujita, impregnated with Western culture and admiring all the great masters of the Renaissance, but working oil painting as the Japanese or Chinese masters used the ink on the paper. If all the female faces are typical of its aesthetic ideal (very close to that of Moselle artists of the late Middle Ages), the masculine faces are inspired by the masters of the past (Bosch, Titian, Dürer, Michelangelo, Vinci) whose portraits he incorporated into his composition.

The large picture hanging on the wall in front of the religious scene is in total opposition because it represents the Three Graces, in fact three prostitutes, treated in the style of Otto Dix.

His famous technique for obtaining his "chalk-colored" white bottoms of which he had kept the secret was explained to us by Anne Le Diberder: he passed a large number of thin layers of white lead and ended by mixing talc with the last glaze.

At the cemetery near the small church lies Foujita. 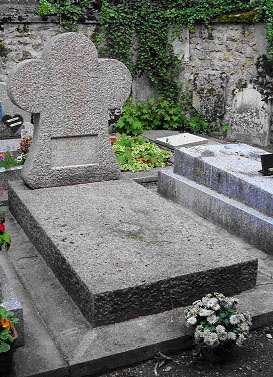 After a nice lunch, we went back to Yili Garden.

This traditional Chinese garden, created in 2004 (year of China), is under the responsibility of Mr. Kang, horticultural engineer of the National Horticultural School of Versailles. It is paired with the Lingering Garden of Suzhou.

This garden of 6 000 m2 is designed according to the principles of Yin and Yang (female-moon and male-sun) and Feng and Shui (wind and water). It actually includes three spaces: the literary garden, the peony garden and the bonsai garden.

The garden of the literate 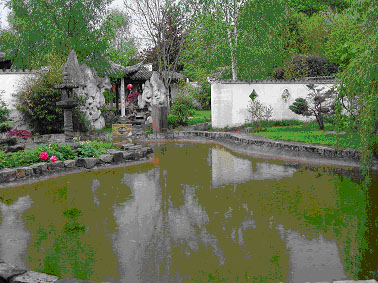 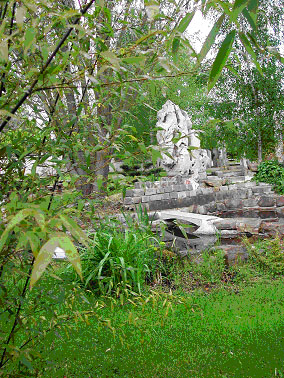 The garden of peonies 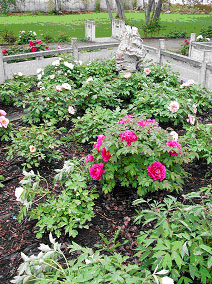 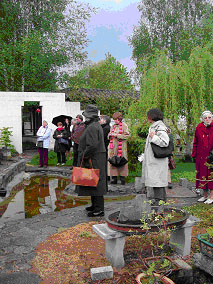 Despite a mediocre weather and a little rain, this day was rewarding and the Friends returned to Paris very happy. 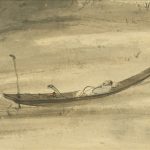 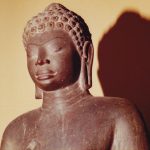