For the first time in Europe, the public will have the privilege of discovering the masterpiece directed by Itō Jakuchū (1716-1800). A singular figure of the Edo period (1603-1867), Jakuchū is known as one of the quirky or independent artists of Kyoto, who were not related to any particular artistic movement, but who created a very personal style. It was only at the age of 40 years ago that he was able to devote himself entirely to painting. This set of thirty rolls entitled Images of the colorful kingdom of living beings (Dōshoku sai-e) is his most ambitious work, done over almost a decade. It represents with its flowers, fish, and birds one of the most remarkable examples of Japanese polychrome painting of the 18th century. This set, belonging to the collection of the Agency of the Imperial House of Japan, in all exceptional point, only left Japan once, in April 2012, to be presented to the National Gallery of Washington. It is shown only in Paris accompanied by the buddhist triad of Shôkoku-ji temple and for a duration of one month because of its fragility.

Commissioners:
Aya Ota, Chief Curator of the Museum of Imperial Collections (Sannomaru Shōzokan).
Manuela Moscatiello, head of Japanese collections at the Cernuschi Museum, the Museum of Asian Arts in the City of Paris. 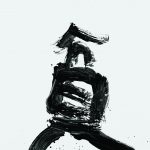 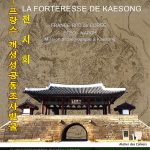