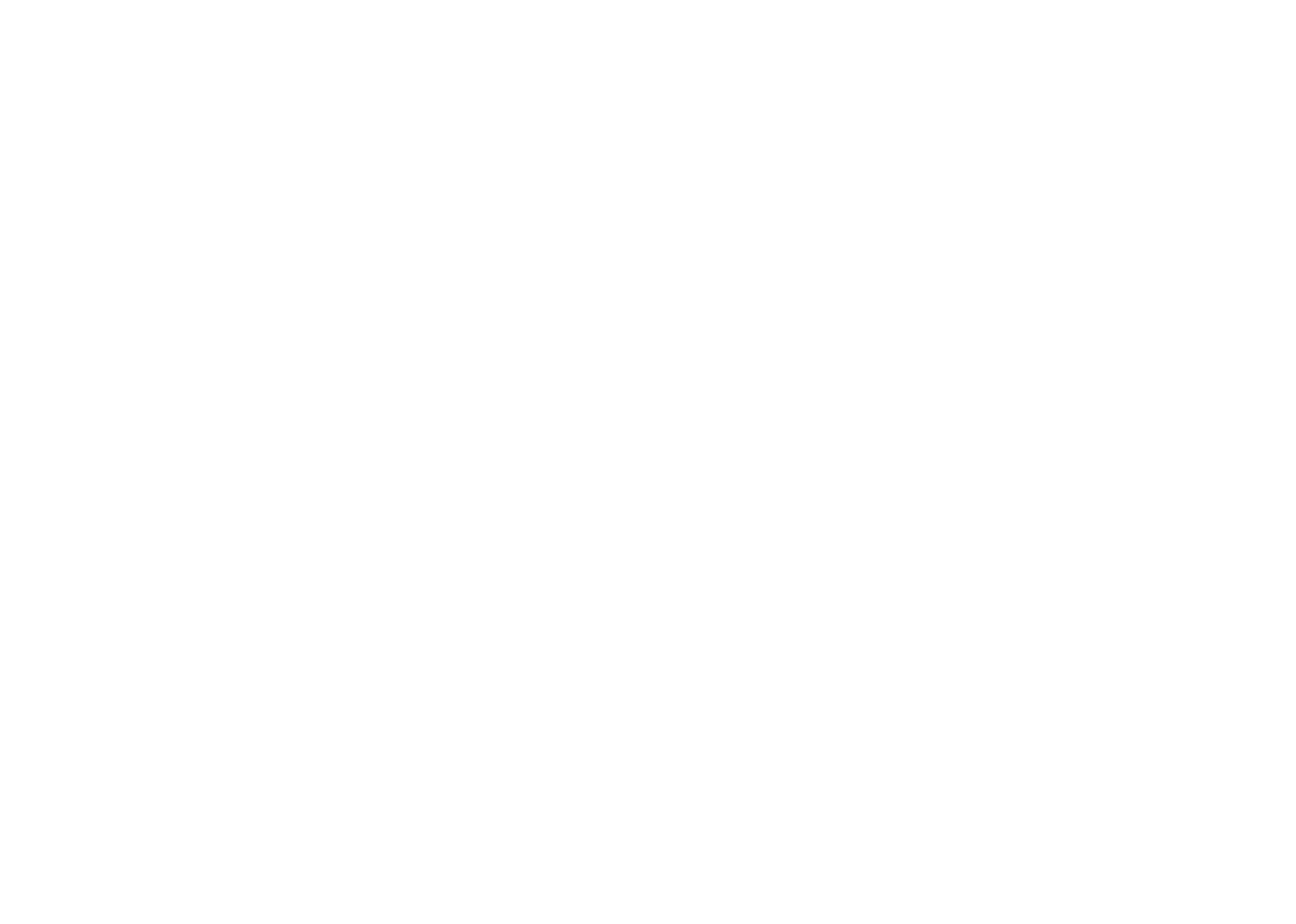 Fu Baoshi was born in Nanchang, Jiangxi Province. Largely self-taught, he signed his first paintings in 1925. The pictorial research of his early years led him to Japan where he continued his studies from 1933 to 1936. They then focused on the works of Gu Kaizhi (344-406) and Shitao (1642-1707). Returning to China shortly before the start of the war, he found refuge in Chongqing where he stayed from 1939 to 1945. During this period, we witnessed the spectacular emergence of his personal style.

After the 1949 revolution, he produced several paintings on poetic themes borrowed from the works of Mao Zedong (1893-1976). During his last years, Fu Baoshi's work was characterized by an evolution of his palette, as well as by work on the motif: the creations made during his trips to Romania and the Czech Republic in 1957 are representative of this evolution.

The history of this river landscape fits precisely into the context of these exchanges since it had been offered by the author to the historian of Czech Asian art Lubor Hájek (1921-2000), before joining the collections of the museum. By representing the banks of a vast river where sailing boats navigate, Fu Baoshi illustrates one of his favorite themes. If he often depicted this subject during the war, as shown storm from the Cernuschi museum, a detail allows us to date this work from the first years following the 1949 revolution: it is a red flag emerging from the trees in the foreground. This painting, given in 1967, is the first contemporary work offered by the SAMC to the Cernuschi Museum.

Gift of the Society of Friends of the Cernuschi Museum, 1967 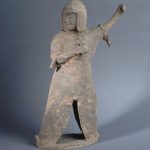 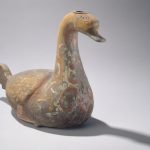 Funerary object in the shape of a gooseAcquisitions, Anniversary