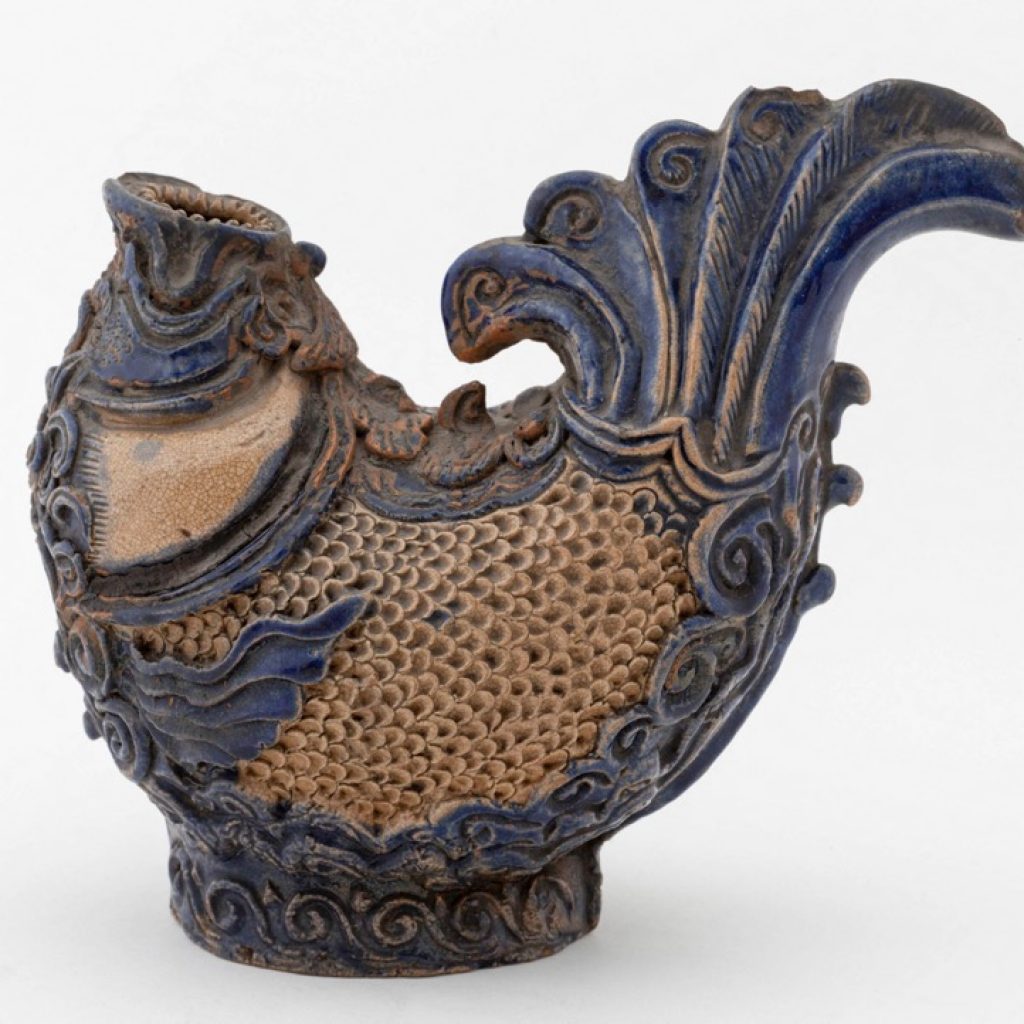 This fish-shaped vase is terracotta covered with two different glazes, one ivory and the other deep blue. The high relief surface decoration of the ivory scales contrasts with the smooth appearance of the collar. The blue enamel enhances the structural parts allowing the animal to be recognized: the head, the tail, the fins, all decorated with molded elements or applied to the slip, before being reworked by incisions. The eyes of the fish are only detectable if we look at the object from the side: then, scrolls emerge two large eyes reminiscent of a dragon.

The body of the fish follows a marked curve, which brings to mind the classic iconography of the carp turning into a dragon, a traditional image associated with the wishes of success addressed to a student preparing for the mandarin competitions. The carp, going up the river, is exhausted in the fight against the current, which symbolizes the difficulty of the study and the roughness of the competition, but at the end of the effort, the carp will transform into a dragon and will rise in the air, like the winner promoted to a prestigious civil servant position.

Our fish-shaped vase, if it still raises many questions, remains nevertheless an exceptional piece by the delicacy of its decoration and by the audacity of its shape. Forgotten during the XXth century, it slowly became dirty: a gray dust covers the heart of the scales and the meanders in relief. The blue enamel flakes off in places. A restoration would allow, after a thorough cleaning, to reattach the fragile areas and to fill the few fragments of the dorsal fin and the mouth. 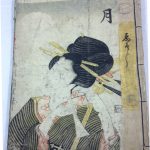 Restoration of an album of Kunisada and Kuniyoshi prints