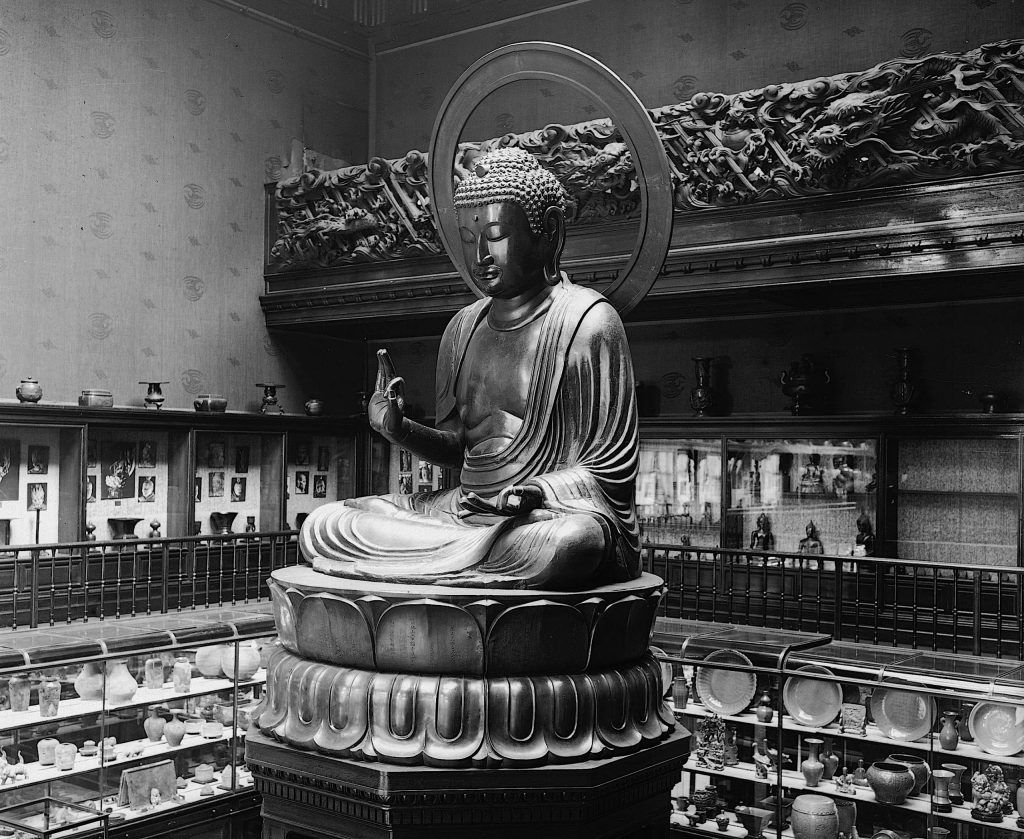 The finesse of the execution and the technical mastery of these panels suggest a work by Takeshi Nobuyuki (1751-1824), a famous sculptor of the Edo period (1603-1868) highly sought after by informed collectors who appreciated his waves. and his dragons.

This exceptional piece is a very beautiful element of Japanese architecture.

Offered to Henri Cernuschi by Sosthène Paul de Turenne, one of the first French diplomats in Japan, it hung high behind the large Buddha in the large room on the first floor of his private mansion built to exhibit some 5000 works acquired in China and Japan. Japan, during his great trip to Asia from 1871 to 1873.

The restoration of the long frieze of dragons replaced in the place chosen by Henri Cernuschi would give back to the Buddha room (Kwok room) all its magnificence.

It would accompany the celebration of the 150th anniversary of the return from Asia of Henri Cernuschi, a pioneer of Japanism, to which the museum will devote a major retrospective exhibition in 2003.
The overall cost of this operation is 120 000 €.