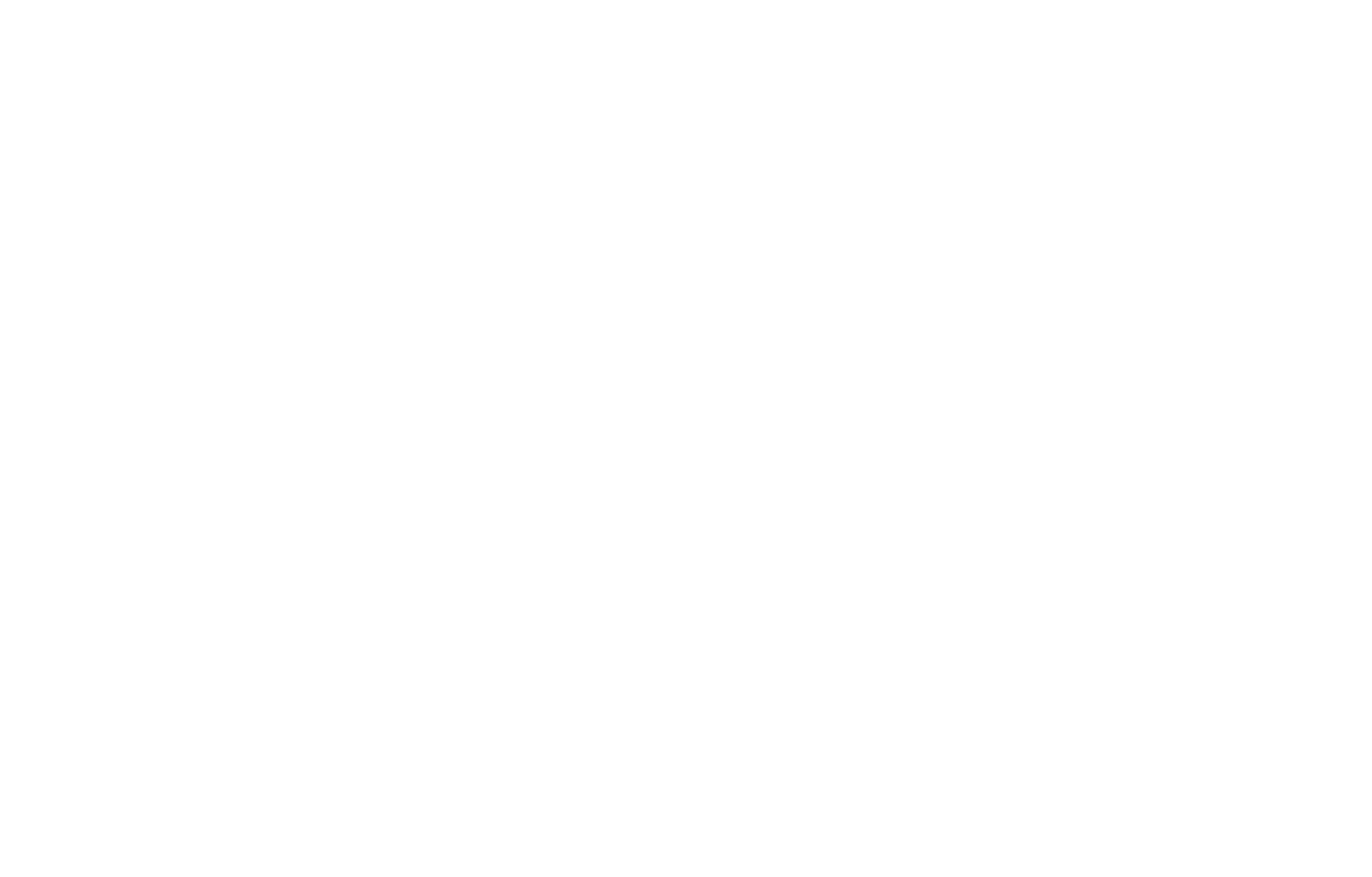 Gods, spirits and demons of the kingdom of Chu (6ème-3ème S. BC)

How were gods, spirits and demons represented in ancient China? This was the question posed at the origin of this conference. For a long time now, there have not been any temple in pre-imperial China, nor monuments, let alone religious statues. The contrast with Egypt, Mesopotamia and Greece is from this point of view quite striking. Based on this observation, Alain Thote indicated that until the 6rd s. BC. AD, the kingdom of Chu was no exception. In spite of the cults rendered to his gods, there were no carved or painted works representing them. It's only in the course of 6rd s. BC. J. - C. that gradually sculptures and images appeared. For the most part, and this applies to all countries in the Chinese world up to 500 av. BC, the religion was turned towards the ancestors, but these were never figured: their names were written on tablets placed on the altar of the ancestral temple, which was enough to show their existence. The importance of the worship that was dedicated to them was reflected in the architecture of the temples whose archeology sometimes raises traces in the ground and in the bronze production of sets of ritual vases and bells for ceremonies. In China, each ancestor was in itself a kind of protective god of the lineage.
Thanks to manuscripts discovered in the kingdom of Chu, we know that the inhabitants of the region of the middle course of the Blue River honored not only their ancestors, but also all kinds of gods, and they resorted to divination. They consulted diviners in many circumstances, especially when their lives were in danger. This is the case, for example, of a man related to the royal family of Chu who served there as Minister of Justice until his death in 316 BC. In his tomb were deposited archives of divination and indications on the sacrifices to offer to the gods in order to cure of the disease which was to prevail. Concerned about the deterioration of his condition, the man questioned fate during the last two years of his life. These day-to-day registers bring us a lot of light on the divinatory practices and bonds that the inhabitants of Chu maintained with their ancestors, but also with their gods. About a hundred deities are mentioned, which is a revelation for researchers, because their name does not appear in the texts transmitted to us by the literate tradition.
From the 5rd century, the first images of the gods show them in the aspect of beings possessing both human features and a zoomorphic appearance. Several examples were presented. These images appeared in China just as artists began to portray scenes depicting human activities, because previously men were not represented more than the gods, with a few minor exceptions. Both phenomena therefore appeared jointly.

This progressive interest in the physical aspect of the gods is reflected in the evolution of wooden sculptures deposited in the tombs of the kingdom of Chu: they are protective guards (zhenmushou). Originally, their appearance was in no way figurative: on a plinth is stuck a post symbolizing the body of the creature, and this post is crowned by a head with barely suggested features. At the top of the skull are planted deer antlers, a constant in all sculptures. Gradually, the head became cubic and was enriched with evocative features, protruding eyes and an oversized tongue coming out of a large mouth. The very last step, at 3rd s. BC. AD shows a surprising development: the head of the monster becomes a human head, but always with an outsized salient tongue. If in their majority zhenmushou have an abstract appearance, they sometimes take a form "naturalist" while enresting as scary, and above all they are shown in action, devouring snakes. This is actually their main activity. In general, reptiles are constantly present in Chu's funerary art. And their presence lasted until the beginning of the Han era in the Hunan region, which previously belonged to the Chu kingdom, as revealed in the paintings of Mawangdui's 1 tomb (shortly after 168 BC). ). One of the four interlocking coffins of the Marquise de Dai was lacquered in black and painted with all kinds of supernatural beings moving among clouds. These are metaphors of the qi, that is, the vital energy inherent in the cosmos. Several afterlife creatures carry deer antlers and devour snakes while the deceased, appearing at the very bottom of the painting, begins to engage in the afterlife soon after her death. It was apparently of the utmost importance to preserve the corpse from snakes, considered to be evil creatures likely to feed on it.

The gods of the kingdom of Chu had a hybrid form combining zoomorphic and anthropomorphic characteristics. The artists who represented them were based on the legends and beliefs that circulated among the locals. They have projected in their works in two or three dimensions the product of a collective imagination. The case of the funeral paintings of the tomb of Marquis Yi de Zeng (who died in 433 BC), located near Suizhou (Hubei), is very telling. The deceased was buried in two nested coffins. The smaller of the two is fully painted: we see two doors framed by hybrid creatures armed with halberds, a window, and all kinds of imaginary creatures associated with snakes or fighting snakes. Most likely, this is a representation of the afterlife and the often terrifying-looking officials who governed it. At first glance, the paintings in the interior coffin symbolically evoke architecture. On the other hand, the largest coffin, of rather considerable dimensions (L. 3 mx l. 2 mx H. 3 m), instead of being hermetically closed, was pierced on one side with an orifice of 40 by 40 cm approx. What could this opening have been used for? To understand this, it is necessary to examine the structure of the tomb.

Through their respective furnishings, its four large compartments symbolically evoke the main activities of Zeng Hou Yi: to the east, the private accommodation of the Marquis in his palace; in the central compartment, a temple for performing rituals; to the north, an arsenal for war and hunting; and the last compartment in the west, the harem of the marquis, or his servants. In addition, between the four compartments, small openings of about 40 cm per side were drilled in the walls. It is clear that this arrangement and the correspondence with the openings painted on the coffin must have suggested the circulation of one of the souls of the deceased, the one who remains with the body inside the tomb. This is a first concrete testimony, and all the more precious, of a belief that would develop widely thereafter. Other images of the gods existed in the kingdom of Chu. By way of example, Alain Thote illustrated his point by showing the famous manuscript on silk, known as “Manuscrit de Chu” (3rd s. BC. AD), a kind of almanac representing the gods of the months and the seasons, and indicating the moments favorable or unfavorable to any enterprise in which an individual would like to launch at such time of the year. War, building houses, marriages, sacrifices, etc., are mentioned. As in the previous cases, the gods are usually figured from the front, they are hybrids, they have claws, faces with human features, but often of square shape. Horns, antennae, or snake tongue are their attributes. Sometimes they have multiple heads, and that of 11rd month devours a snake.

At the end of the conference, Alain Thote raised three questions. What was the source of these new images? Were there comparable images elsewhere than in the kingdom of Chu? Finally, from a religious point of view, how should we interpret the observed evolution, during which to the ancestor worship which dominated the religious life of the elites was added a multifaceted worship requiring the creation of images depicting geniuses, gods and other hybrid creatures? The intensification of exchanges throughout the region of the course of the Blue River at the time of the Warring States (481-221 BC), social transformations linked to changes in the exercise of power, the constitution of new elites, the mixing of populations following the conquests of Chu, the evolution of mentalities that resulted from it within the Chinese world are some of the major changes that have favored this new situation. In its expression, religious art which initially drew its inspiration from the animal world, real or imaginary, then changed in nature. 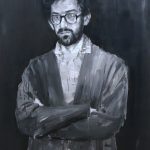 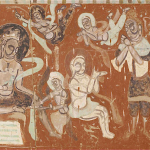 Jātaka, the past lives of the BuddhaConference Reports