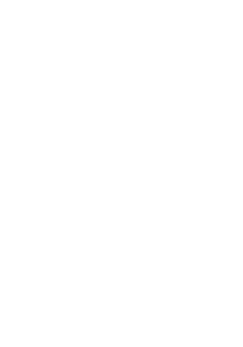 From archeology to dream stones: in the footsteps of a Chinese scholar

Report of the conference of Eric Lefebvre, Curator at the Cernuschi Museum:
From archeology to dream stones: in the footsteps of a Chinese scholar.

Eric Lefebvre, who is in charge of the Museum's paintings department, spoke about his thesis on Ruan Yuan, the result of an eight-year study.

Ruan Yuan (1764-1849) born in Yangzhou (Jiangsu) was a scholar and high official of the Qing Empire. Her celebrity was such that she soon passed the borders of China as suggested by the fact that her biography was translated into French by Arnold Vissière in 1904.

At that time there was a renewed interest from collectors, Emperor Qianlong in mind, for ancient artifacts and the cultural heritage of China.

Ruan Yuan's career is exemplary: in 1789, at the age of 25 years, he brilliantly passes the jinshi (imperial examination) and is appointed by Emperor Qianlong to the Hanlin Academy in 1790. In 1793 he is minister in charge of the education of Shandong then of Zhejiang to become governor of the province in 1800, in 1806 governor of Henan; after a short period of disgrace he is appointed in 1817 governor general of Guangdong and Guangxi, then 1826 to 1833 governor general of Yunnan and Guizhou and ends his career in Beijing before retiring to his hometown of Yangzhou in 1838 . He has written about fifty personal books or compilations and is distinguished by a curious mind and an encyclopedic knowledge. His most famous work is Biographies of astronomers and mathematicians.

Eric Lefebvre offers us to reread the life of this scholar under another light.

During the four years he spent at the Hanlin Academy he will perform functions
intellectual and artistic with the emperor, in particular he is in charge
to study and write a critique of the imperial collection of paintings and
calligraphy which will make him an expert for the rest of his life. A portrait
painted by Zhu Ben shows it in his residence in 1790.

The second milestone of his career was his appointment to Shandong, blessed land
by the presence of Mount Taishan, subject of many paintings. At the top of the mountain,
a stele without inscription surprised and questioned the scholars as to its date
that they said to go back to the first emperor. Ruan Yuan will do some research for
find other steles from the Qin era and, by comparing the measurements,
demonstrates that the stele without inscription dates from this dynasty.

His passionate quest for ancient relics is accompanied by critical studies and publications such as
this is the case of the fragmentary stele Taishan Keshi (Qin dyn) found at
Daimiao Museum (Taishan, Shandong).

His enthusiasm and passion put him in
contact with other researchers such as Huang Yi. According to Huang Yi's method,
the steles are collected and sometimes sheltered in temples, then they
are stamped and published. In 1793, he exhumes two large statues from a
Han falls. He has them sheltered in the temple of Confucius in Qufu (Shandong).
An inscription of Ruan Yuan commemorating their displacement is engraved on the back of the statues.
An engraving already represents them in a publication of 1821, the Jinshi suo.

The third milestone in Ruan Yuan's life was his appointment to Zhejiang,
a province less rich in archaeological remains, but which nonetheless constitutes a
cultural center of the first order. He is building a residence on an island in
North West Lake in Hangzhou. This city is famous for its culture and its
literary and Ruan Yuan will create a small Cenacle. Since his stay in Shandong,
he collects ancient bronzes and his interest in epigraphy brings him to
collect vases, coins, weapons, mirrors and stampings. He publishes in 1804 a
book containing objects from his collection and collections of
several amateurs (Jigu zhai zhong ding yiqi kuangzhi) which he comments and of which he
study and transcribe the inscriptions.

A painting of the National Library of China dating from 1803 shows it in
company of Zhu Weibi and Ruan Changsheng in the middle of objects of his collection.

In 1809, a person working under his authority is sentenced for corruption
and Ruan Yuan is recalled to the capital. His disgrace will last very shortly because,
in 1817, Emperor Jiaqing named him Governor General of two problem provinces
(anti-manchu and opium trafficking), Guangdong and Guangxi. A portrait on
shows in the sumptuous second-rate Mandarin costume.

A place famous for its inscriptions could only attract his attention, Zhaoqing,
whose cliffs are home to hundreds of engraved inscriptions. A career of
Ink stones is close to this place. These Duan xi stones were in great demand
by scholars for their beauty and their usual qualities. As he begins a
collection of Duan stones, he detects fake stones from Chakeng's quarry.
He is struck by the quality of these stones and asks the craftsmen to stop
disguise but use the yellow ocher gangue to create landscapes. He buys
a hundred that he has carved and engraved. These stones are unique in quality
pictorial due to his great knowledge of painting.

In addition to the ink stones, Ruan Yuan will develop a taste for dream stones.
He composes a poem in front of Jiu ma huan shan, comparing it to a stone painting.
A dream stone with a Ruan Boyuan inscription in Dali marble
(Metropolitan Museum, NY) is a good example of this enthusiasm.

His appointment in Yunnan saddens him because he is far from his literate friends. he goes
engrave poems on dream stones that he sends to his friends in any
China. At that time, he built a pavilion where his collection was exhibited
of stone paintings. His taste and knowledge of painting led him to transpose them
on the stone painting. He will make an impressive catalog of stone paintings in
marble of Dali.

In 1838, he retires and returns to his hometown of Yangzhou. At the time of
death of his father, Ruan Yuan had built a family temple. This temple will play
an important role, because at the destruction of his principal residence, he will place a
part of his collections. He will thus devote many ritual vases in bronze to
temple that will be unfortunately scattered during the Taiping revolt. A portrait
shows him in the company of Zhang Tingji contemplating a bronze vase and a Han brick.
The Cernuschi Museum has two stampings of bronze ritual vases from the family temple.

He also deposited some objects in the temple of Jiaoshan Island (Jiangsu):
manuscripts, books and bronzes. In 1809 he had designed a charter for the protection and
the preservation of his gifts which were thus placed in an open place and under the
protection of the monks for eternity on his own terms.

He is likely to be the first creator of the library and museum in China.

His 1804 work made him an authority in epigraphy and his influence was great
on the new epigraphic school of the end of 19e and the beginning of 20e century.

His collection was scattered during the troubled years, but we find his objects
in museums and major Chinese and Japanese collections.

Eric Lefebvre insists on the very modern approach of Ruan Yuan in the study of objects
: collecting, comparing, studying and publishing with visual illustrations
objects in order to place the inscriptions in their context.

From archeology to dream stones: in the footsteps of a Chinese scholar2011-04-13-XNUMX2017-07-07-XNUMXhttps://amis-musee-cernuschi.org/wp-content/uploads/2017/05/logocadre.pngSociety of Friends of the Cernuschi Museumhttps://amis-musee-cernuschi.org/wp-content/uploads/2011/04/ruanyuan.jpg200px200px
Activities 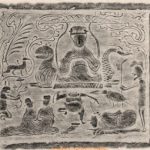 The path of TaoCHINA, Conference Reports 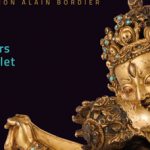