As part of a joint exhibition of the Kunstmuseum Bern and the Zentrum Paul Klee, the public will be able to discover important pieces from the Swiss Uli Sigg collection in Bern.

"Chinese Whispers" offers an in-depth insight into Chinese artistic production of the last fifteen years and a discovery of this country through the eyes of its artists, from Ai Weiwei to Zhuang Hui. "Chinese Whispers" follows "Mahjong", organized in 2005 at the Kunstmuseum Bern under the direction of Bernhard Fibicher and Ai Weiwei. First exhibition to present all the diversity of contemporary Chinese art in the West, "Mahjong" has had a strong international impact.

The title "Chinese Whispers" is the English name of the "Arabic phone", a child's play that is to circulate a message of word of mouth, a message that distorts as the participants transmit it. This idea of ​​transmission, exchange, misunderstanding and distortion is also the basis of the concept of this exhibition. The works presented highlight the influence of Western contemporary art on Chinese creation, while offering a reflection on the traditions and living conditions in China today. The exhibition also questions the Western perception of China: the world's largest cultural space by size, becoming the largest economic power planet, China is getting closer but, because of its cultural, historical and political, is not foreign to us. 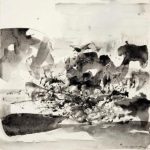 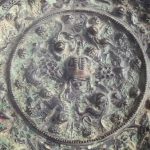 WINE AND VINE IN CHINAThe Society of Friends suggests you