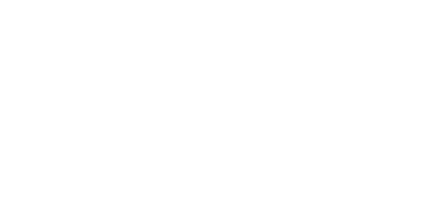 This collection, accumulated over twenty years by Alain Bordier, was “institutionalized” in 2009 by the creation of a foundation and a museum in Gruyères, Switzerland. The pieces chosen by Gilles Béguin, curator of the exhibition, cover the history of Tibet from the XNUMXth to the XNUMXth centuries.

Tibet enters history with its unification and the introduction of Buddhism by King Srong-brtsan sgam-po (c. 610-649). After the assassination of King Glang-dar-ma (circa 832-842), the Tibetan Empire experienced dynastic disturbances and religious quarrels which would lead to anarchy. Around 866, a prince from the younger branch of the royal family takes refuge in western Tibet and recreates a kingdom around Gu-ge. These sovereigns, fervent Buddhists, will revive the tradition of Indian Buddhism and invite Indian masters to come and teach at the court, just as they send young monks to be trained in Kashmir. The art of metal knew a considerable development there but, only, a small essentially Buddhist statuary reached us, in part, by the intermediary of the Tibetan temples which preserve very many pieces of it. Heir to the art of Gandhara, Kashmiri art for a long time retained Western features such as drapery and particular attention to male musculature, even stylized. This art will strongly influence the artistic production of western Tibet. The brass statuettes are characterized by silver inlays, round faces, a certain sensuality in the treatment of the body with a navel with strongly marked folds (Sakyamuni Buddha as World Sovereign or the Goddess Târâ under his Syama aspect, both made of brass inlaid with silver).

The art of Northeast India is another component of Tibetan art. Under the domination of the Pala (750-1162) and Sena (1162-1200) dynasties, Bengal and Bihar are experiencing a period of peace and prosperity. Major Buddhist universities such as Nalanda, which specializes in the study of tantric texts, attract students from all over the Buddhist world, from Indonesia to China. The abundant artistic production perpetuates the canons of the Gupta era (320-647) (bodhisattva Avalokitesvara pensive brass) but will evolve towards more and more stylization over the centuries (Abbot of the sTag-lung monastery, tempera pigments on cotton). The expression “international pala” art helps to give unity to this artistic movement despite regional and chronological variations. Over time, the characteristics of the "international pala" style will merge with other traditions of Kashmiri and Nepalese origins to give birth to an authentic Tibetan aesthetic. The sculptures and paintings present a particular geometry and various characteristic motifs: stylization of the forms, the type of jewelry, a great sinuosity and a certain momentum (bodhisattva Manjusrî brass).

Buddhism introduced very early in Nepal knows a remarkable development there. While around 1200, the states of North India were wiped out by Islamic invasions, the Newar kingdom (around 740-1482) escaped them, allowing a refined artistic continuity, heir to the gupta art, which evolves without be touched by the stylization of “international pale” art. The technical quality of Nepalese works, their elegance and decorative virtuosity will make them appreciated throughout the Lamaic world (Kubera or Jambhala and bodhisattva Avalokitesvara in his Padmapani aspect, both in gilded copper with inlaid gemstones). This influence will go as far as China where Newar art will shine under the Yuan (1279-1368) and Ming (1368-1644) dynasties. Bronziers, brassworkers and Newar painters were employed for centuries on construction sites in Tibet. The "nepalising" style paintings show many decorative motifs present in Newar art: registers punctuated by arches, ornate pilasters, large lotus crosses, backdrop covered with a decoration lining small foliage treated in monochrome, characteristic jewelery ... (Mandala of Hevajra, tempera pigments on canvas).

Recently, we rediscovered a small state located all over western Nepal and part of western Tibet in the thirteenth and fourteenth centuries, whose capital was Semja (Jumla), the kingdom of Kala Malla. An original art develops there whose roots are in the valley of Kâthmându (Crowned golden copper Buddha).

Gilded copper sculptures, privileged material of the Newari craftsmen, presents a rich gilding with amalgam of mercury. Carvings and incrustations of precious stones give these works a refined character (Bodhisattva Manjusrî in its Manjughosa appearance, gilt copper inlaid with silver, coral and gemstones).

A second group of small brass sculptures, devoid of surface ornaments with the exception of copper or silver inlays, has Kashmiri and pale influences (Sakyamuni Buddha copy of the stone statue that adorned the cella of the Mahâboddhi Temple in Gâyâ, India).

A distinctly Tibetan style of painting flourished, alongside the Newari influence, rich in references to the art of Western Tibet and to the “post-Pala” aesthetic.

Lamaic Buddhism was greatly favored by the Yuan emperors, the early Ming and then the Qing (1644-1911) who multiplied the foundations of temples and monasteries. The reciprocal influences between Tibetan art and traditional Chinese Buddhist art are poorly known. The gilded bronze sculptures of Chinese influence are often of a cold perfection (Amitâyus dated from the reign of Yongle - 1403-1424 in gilded bronze). A pictorial school developed in the 16th century which, while remaining faithful to Tibetan pictorial techniques, borrows motifs from Chinese painting such as the light tones of the wash, the rendering of clouds and landscape elements (Mahakala, guardian of religion, cotton tempera pigments).

The often glitzy rituals of Tibetan Buddhism require the use of liturgical instruments such as vajra (lightning), bells, kila (ritual daggers) or ritual boxes. 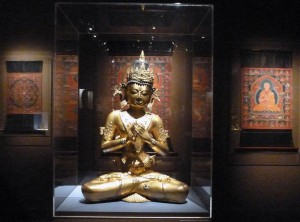 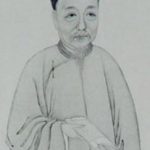 From archeology to dream stones: in the footsteps of a Chinese scholarCHINA, Conference Reports 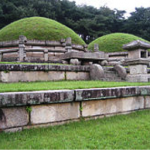